WHY I’M GRATEFUL FOR BRIANNA TODAY! 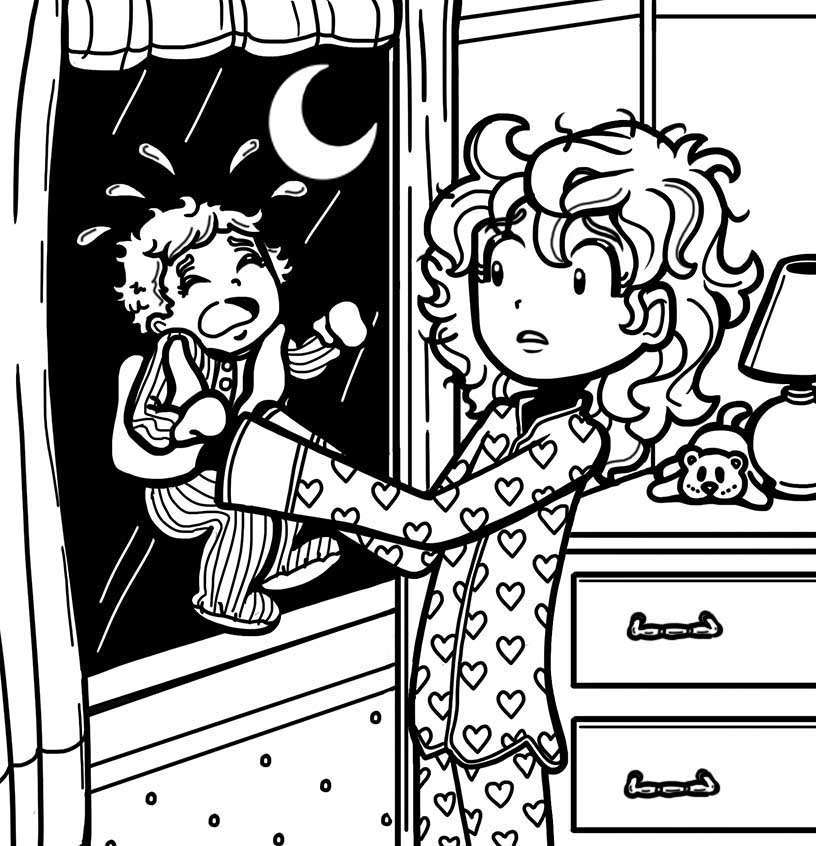 I feel SO grateful for Brianna today! I know, I NEVER thought I’d feel that way, either!

I admit, I complain about her a TON! And that’s because she does annoying stuff 24/7.

She leaves trash EVERYWHERE, like the whole house is one giant garbage can. (There’s nothing grosser than sticking your hand between the couch cushions when you’re looking for your phone and finding a moldy, half-eaten sandwich instead!)

And she wipes her hands on me all the time, like I’m her human napkin. Seriously, I don’t think I own a single shirt that she hasn’t soiled with syrup, sauce, or snot!

And then there’s her daily bathroom Frozen show. Yup, she pretends she’s Elsa whenever she’s on the toilet and sings “Let it go, let it go!”

I told you…she’s so annoying!

So, why I am I grateful for her, you ask? Because she’s NOT a baby! At least not literally, anyway. And she didn’t keep me up last night crying, like Ethan did.

Ethan is my mom’s friend’s baby, and she agreed to watch him for a couple of nights.

The constant crying is driving me CRAZY!

I really wish that little guy could talk, because then he could just say, “Mrs. Maxwell, I seem to have wet my diaper. Could you be a dear and get me a new one?” Or, “That strange baby food looks like something I threw up yesterday. I’d much rather have ice cream, thank you very much.”

But since he can’t say a single word, he screams. And wails. And screams some more.

I don’t know how such a tiny body can make such a deafening sound!

Last night I tried to go to sleep around 10:00, but I couldn’t because Ethan kept crying. I finally fell asleep around midnight, when it seemed like the little demon child had cried himself out.

Shortly after, I was having the most awesome dream! I was with Chloe, Zoey, and Marcy on the set of Katy Perry’s music video for “Roar.” We were all wearing these super cute leopard costumes and swinging around on ropes and stuff.

Then Katy (we were on a first-name basis in my dream!) walked up to me and said, “Hey kid, you’re a natural. Want to go on tour with me?”

Before I could say anything back, Katy opened her mouth and started roaring, like a lion. Then the roaring turned into crying…loud, obnoxious baby crying. Then her face turned into Ethan’s face right before I woke up.

After falling asleep and waking up three more times, I was like, “ENOUGH!”

I got out of bed, stormed down the hallway to the guest room, and pushed the door wide open. I wasn’t really sure what I was going to do. It’s not like I was going to yell at him or anything. I just felt like I had to do SOMETHING!

But before I could think of anything, Ethan looked up at me, stopped crying, and let out this totally adorable little baby giggle.

Awwwwww!!! I’m pretty sure he was laughing at my ridiculous bed head, but still, he liked me, and he was totally cute when he wasn’t bawling his eyes out!

I wasn’t as annoyed with him after that, but I didn’t get a good night’s sleep, either. I’m SO glad he’s leaving tomorrow, and I repeat, I’m so grateful for Brianna!