WHEN YOUR PARENTS WON’T GIVE YOU THE PARTY YOU WANT 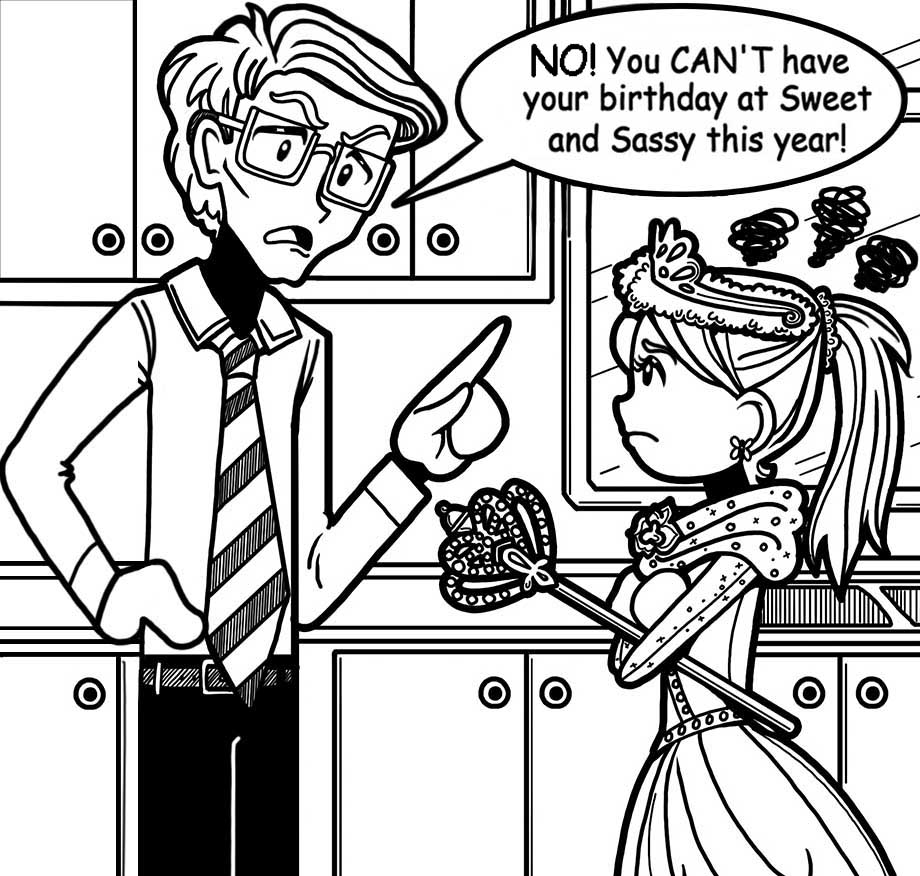 Hi Bridgette! It totally stinks that you haven’t had a birthday party in six years. I bet you can’t even remember your last one, since you were four.

A TON of things happened when I was four that I don’t remember. But I know they happened because my mom just LOVES to pull out those pictures whenever I have friends over.

(Like the one of me picking my nose while sleeping in the back seat of my dad’s car, and the one of me dressed like a baked potato, covered in tin foil, on Halloween, and the one of me trying on my mom’s lace bra on top of my footie pajamas. Man, I wish my parents didn’t have a camera back then!)

Since I don’t know your dad, I don’t know what his deal is. But I DO know that most parents respond to a few things:

See, when most kids want something, they lead with that, like it’s SO compelling to shout, “But I REALLY want it!”

Like a light bulb will turn on over their parents’ heads, and they’ll go, “Ooooh, you REALLY want it? Why didn’t you say that before? We thought you just KINDA wanted it! No problem, consider it done!”

If you want to convince your parents to do something for you, you have to reason with them.

For example, you could say, “I know parties are expensive, and I understand it might seem like a lot of work to plan it.”

This is where chores come in: “But I’d be totally willing to do extra chores around the house to help pay for the party. And I’ll do as much of the other stuff as I possibly can to make it easier on you guys!”

And then this is where gratitude comes in: “But I want you to know that no matter what, I really appreciate you guys, even if I can’t have this party. You’re pretty awesome parents, and I feel so lucky to have you guys!”

This works SO much better than, “But Ella’s parents LET her have a Sweet and Sassy party! COME ON! You never give me ANYTHING I want!”

That makes them think you’re being a brat and you don’t even DESERVE this party.

Gratitude shows them you’re a really great, respectful, appreciative daughter, which goes a long way when you want something!

Keep in mind, this isn’t one of my super accurate equations, like: reasoning + chores + gratitude = get what you want.

This doesn’t ALWAYS work, but studies show that nine out of ten kids have luck implementing this process. (OK, that’s a lie, but I’m sure this has worked for A LOT of kids!)

If your dad won’t give you the exact party you want, maybe he’ll say yes to a simpler party, like something in your backyard. I know “Home and Grassy” doesn’t sound as cool as “Sweet and Sassy,” but it’s better than nothing at all!

What do you guys think? Do you have any advice for Bridgette?