WHEN YOUR FRIEND ISN’T TREATING YOU WELL 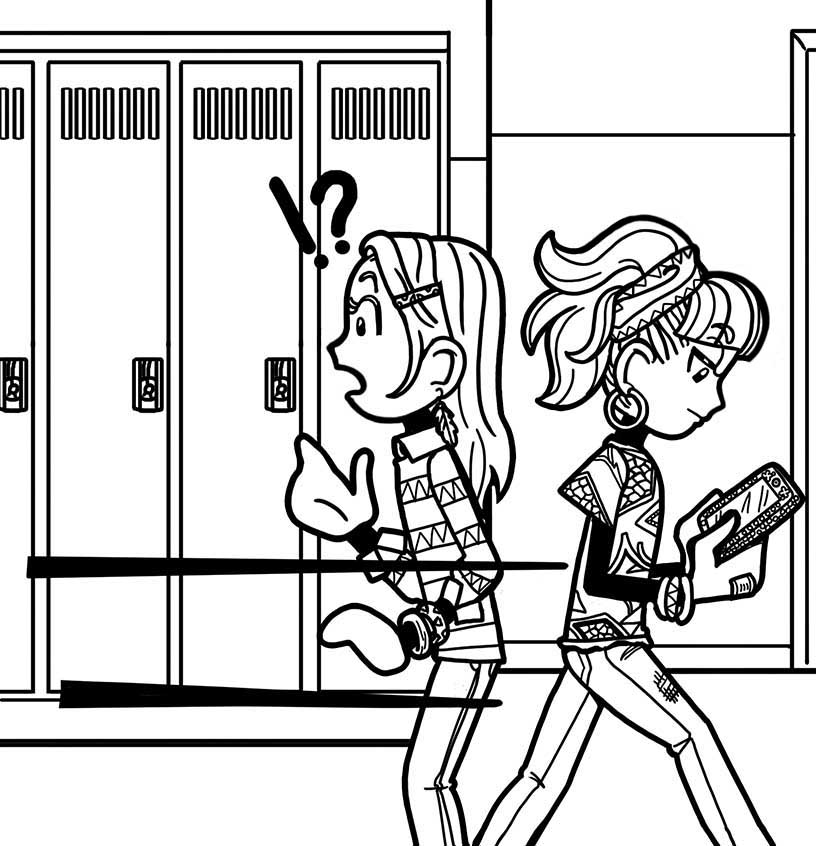 My friend Isabel never has any time for me! She doesn’t always treat me as well as my other friends do, and sometimes she rolls her eyes at me when I’m across the room. What should I do!?

Hi Katelyn! It sounds like this friend of yours is actually a FRENEMY.

Unless she has some kind of freakish eye disease that causes spontaneous rolling, and she’s been spending a lot of her free time reading my diaries to blind orphans (which would be kind of unlikely, given that eye disease!), she’s being a pretty horrible friend.

REAL friends make time for each other, even if it’s just five minutes to catch up in the janitor’s closet. And they SMILE at you from across the room while trying to telepathically fill you in on the super cute thing their crush just did between classes.

(Telepathic = transferring thoughts to other people. How cool would that be?!?)

She COULD be doing these things because she woke up one day with a nasty case of MacKenz-itis. (The disease that I assume has turned MacKenzie into the most wretched human being ever to walk the face of the earth!)

Or, she could be mad about something, and instead of being mature and telling you, she’s been treating you like dirt.

The only way to find out is to ask!

Since she hasn’t been making time for you, this might be hard to do. You definitely don’t want to ask her what’s up when there are other people around.

The only thing worse than seeing your friend roll her eyes at you from across a room is seeing her do it in front of a bunch of other girls who are egging her on because they’re bored and looking for drama.

Maybe you could get her alone before or after school some day. Or, you could just email her or try to catch her on Skype.

Then just be straight with her. You could say, “It seems like you’re mad at me, and I was wondering if there’s a reason.”

If she just rolls her eyes, then maybe YOU should stop making time for HER…because frenemies like that aren’t worth it!

What do you guys think? Do you have any advice for Katelyn?