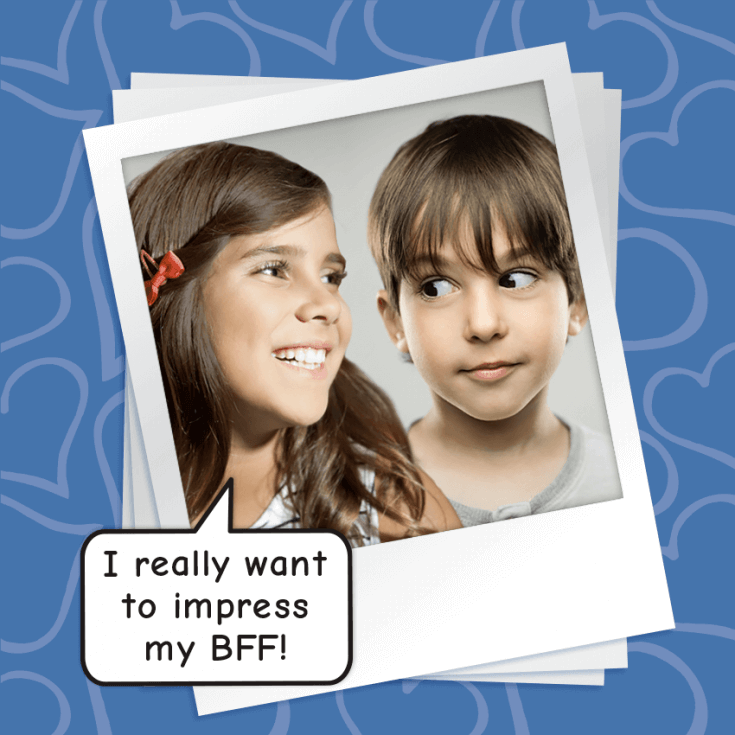 Hi Brandon. What do boys want in girls? I have a crush who is just like you. Since all guys probably think alike, maybe you can tell me if boys want looks, personality, or what? I want to impress him even though we’re good friends. When school starts again, I want to be ready. I know this an awkward topic, but please help!

Look, I think the first thing to get straight is that we don’t have the exact same brain. Like, even if this guy is a photographer who lives with his grandparents and volunteers in an animal shelter, we’d STILL be very different people. So I can’t tell you what one specific guy is looking for.

And, I also can’t tell you what guys in general are looking for, because we’re all specific individuals.

But I understand the question. I mean, I’ve asked it in reverse myself. I’d LOVE a handbook that explains girls to me. But if that were possible, somebody would have already written it! They’d be a zillionaire, too, because EVERYONE wishes they had a crush handbook at some point!

The thing is, even if you had really clear instructions on exactly how guys want girls to look, act and be, you wouldn’t want to twist yourself into whatever that is, would you? Because then you wouldn’t be YOU! You’d be acting like someone else, which would be exhausting, and people would be able to tell that it’s phony.

One thing that I think EVERYONE finds attractive—guys and girls—is confidence. There are people who might not be the most obvious definition of attractive, and they might not be the funniest, the smartest or the most athletic, but they’re so comfortable with who they are that everyone loves them.

So look, you’re already good friends with this guy, which makes you ahead of the game. He already likes who you are. So, don’t go twisting yourself into something else, hoping to impress him. Keep being you, focus on the things you have in common, and keep building that friendship.

If the guy really likes you, you want it to be because of how much he likes who you really are, and not because of someone you were pretending to be, which gets old fast. Does that make sense?

Hey readers, how do you handle it when you’ve got a crush on a good friend? Do you ever pretend to be something you’re not? Tell us in the comments!