WHAT HAPPENED AT THE HOLIDAY DANCE!! 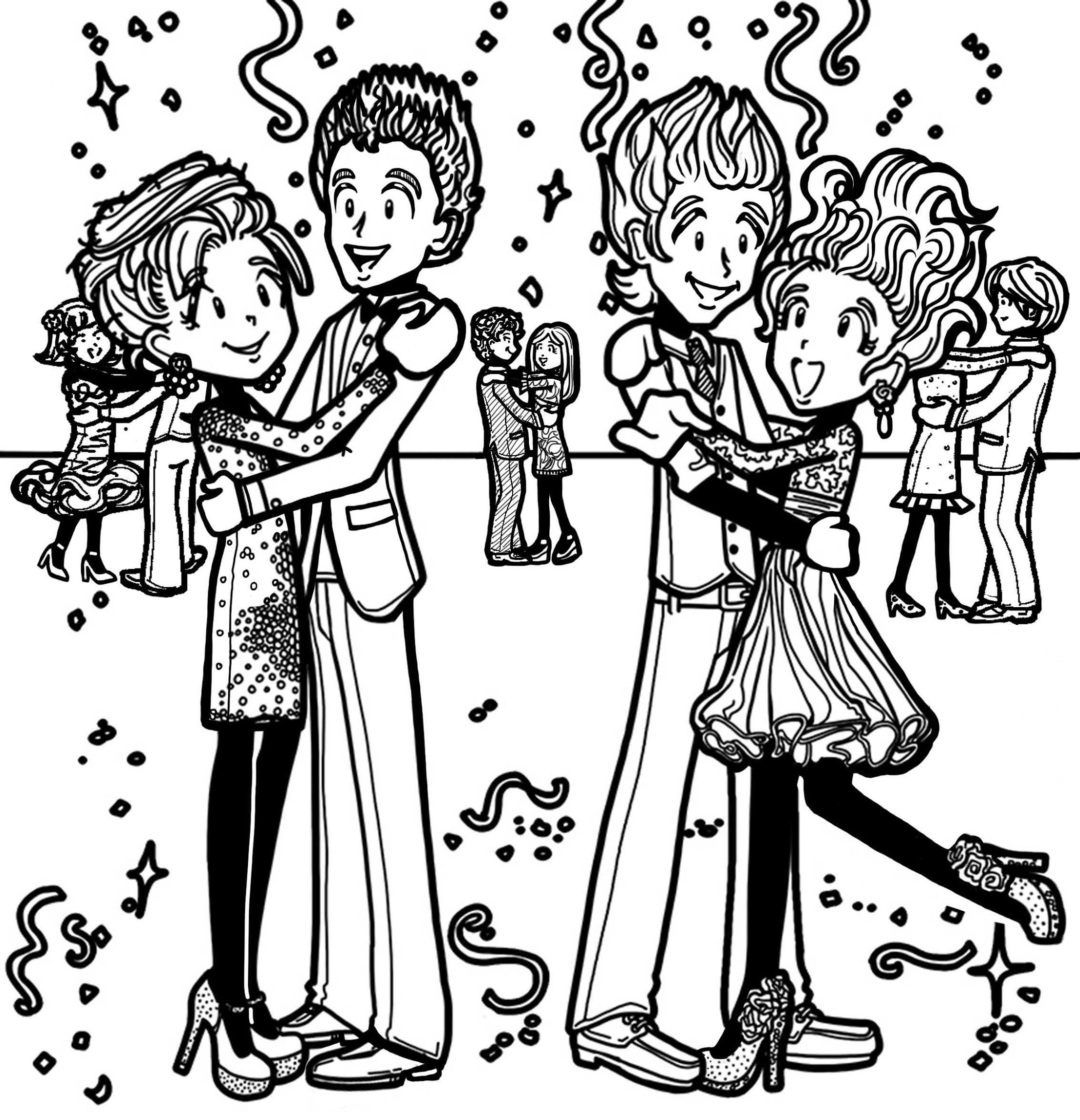 OMG, my legs are KILLING me…because I’ve been doing my Snoopy Happy Dance for a whole week straight!!

As you might remember from my post last week, Brandon asked me to the holiday dance, and Theo asked Zoey. I know you were probably wondering about Chloe. (I totally forgot to tell you that story!)

I know, I felt so bad for her! While we were dancing to “Shake It Off,” she was watching her great grandmother shake her dentures in a cup of water before eating a big old piece of fruitcake…toothless!

Even though it would have been WAY more fun with Chloe there, the four of us had SUCH an awesome time! Of course, the night started out a little rocky. (This is ME we’re talking about here. SOMETHING always goes wrong!)

Zoey and I got ready together at my house, while listening to Christmas music and drinking egg nog. I was in such a good mood that I let Brianna hang out with us AND said yes when she asked, “Can I do your hair? I’ll make you SO pretty!”

I should have known that was a big fat lie!

When Zoey came out of my bathroom after doing her hair in there, she gasped and put her hand over her mouth, as if I’d morphed into Santa Claus, and I was standing there in nothing but candy-cane covered shorts.

I felt so bad for my poor, innocent strands when I saw that Brianna had tortured them and teased them into a big puffy rat’s nest!

I was kind of freaking out when my mom yelled, “Girls, time to go!” There was no way I could make it look even HALFWAY decent without dunking my head in a bucket of water.

I squealed, “I can’t go to the dance looking like this! I’ll stick out like a big, HAIRY sore thumb!”

Then Zoey said, “No you won’t…because I’ll look just like you!” Then she grabbed my brush, grabbed me by the hand, and said, “I’ll tease my hair up in the car!”

At first I thought she was nuts. I had to look like I stuck my finger in a power outlet, but SHE didn’t! But she wouldn’t listen when I told her this, and I was secretly REALLY glad and grateful!

I’d feel like a TOTAL weirdo looking like that alone, but together we could rock it, and maybe even start a trend!

When we got there, we saw Brandon and Theo standing by the punch bowl. They looked so cute!!

Then she said, “ALMOST perfect.” Then she puffed my hair up a little more and said, “There! NOW you’re ready!”

When we walked over to the punch bowl, Theo and Brandon both did a double take. It was kind of funny to see the look on their faces!

Then Brandon said, “He means ‘beautiful’! Want some punch?”

After we told them the whole story, Brandon said, “That was really sweet of you to let Brianna do your hair!”

And Theo said, “And even sweeter of you, Zoey, to do yours like that, too, so Nikki wouldn’t be alone!”

But it got even better after that! Brandon said, “I have an idea.” Then he grabbed a cupcake, put a bunch of frosting in his hand, and put it in his hair, making it stick straight up!

OMG, he looked so funny!

Then Theo grabbed a cupcake and did the same thing!

I’d LIKE to say that by the end of the night, everyone at the dance had their hair sticking up, and they were all high-fiving me, like, “Way to go, Nikki! You’re the COOLEST!”

But really, everyone just stared at us while we all danced like MASSIVE dorks with horrible hair! It didn’t matter to me one bit, though…because we had a TOTAL blast!!