THIS GIRL IS SO MEAN TO MY FRIEND!!!! 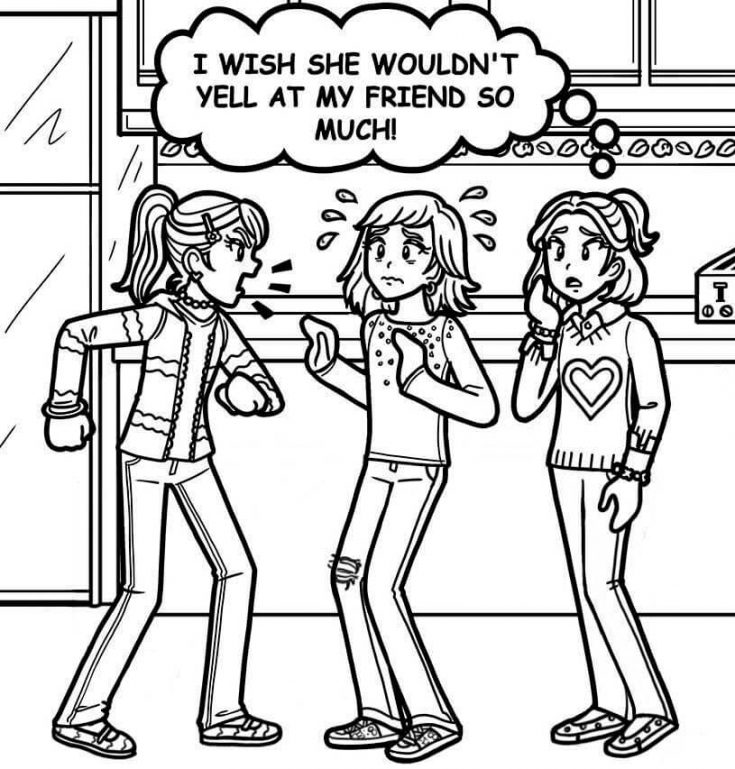 Hey Nikki,
So my friend Harper is “friends” with this other girl named Alexa. But the problem is that Alexa is SUPER mean to Harper! Alexa shouts at her and makes nasty comments, and Harper always looks really hurt and upset. They make up really quick, but it all starts over again right away. I tell Harper that she can always hang out with me and my friends and that the way Alexa treats her is wrong, but she says that she “already forgave Alexa and it’s normal for friends to fight”. I want to help Harper but she won’t listen! HELP!!!

GEEEEZ!! I’m trying to imagine how I would react if someone was treating Chloe or Zoey that way and my blood is boiling!!! That is NOT okay!!!

But…and this is the super frustrating thing…there’s not a lot you can do! You’re already doing what you can—letting Harper know you’re there for her, and pointing out that Alexa’s behavior is UNACCEPTABLE.

It’s hard because Harper isn’t wrong – it IS normal for friends to fight, and forgiveness is a really important part of any friendship. But this sounds like it’s 1) happening way too often and 2) is really one-sided. If only one person does the shouting and one person does the forgiving, that’s not really a fair fight. And if they’re fighting more than they’re having fun, that’s miserable for everyone!

The trouble is, your friend seems determined to stay friends with a “mean girl.” For some reason, she feels like she can’t back away. So all you can really do is keep being there for her and letting her know YOU are a true friend.

But, you also don’t have to sit around and watch her get hurt. Because I’m sure that’s super uncomfortable and even painful for you to watch! So it’s totally fair to get out of there when a fight starts up. It doesn’t mean you’re not supporting her. It means you can’t keep watching her let this happen. So you tell her, “Look, I love you, but I can’t watch you get hurt over and over. I’ll be around when you’re done with this.”

And then keep showing up for her and inviting her to hang out and treating her like a real friend does. Hopefully she’ll realize how much better she feels with friends who treat her right. But ultimately, it’s up to her to decide when she’s had enough of that “friendship!”