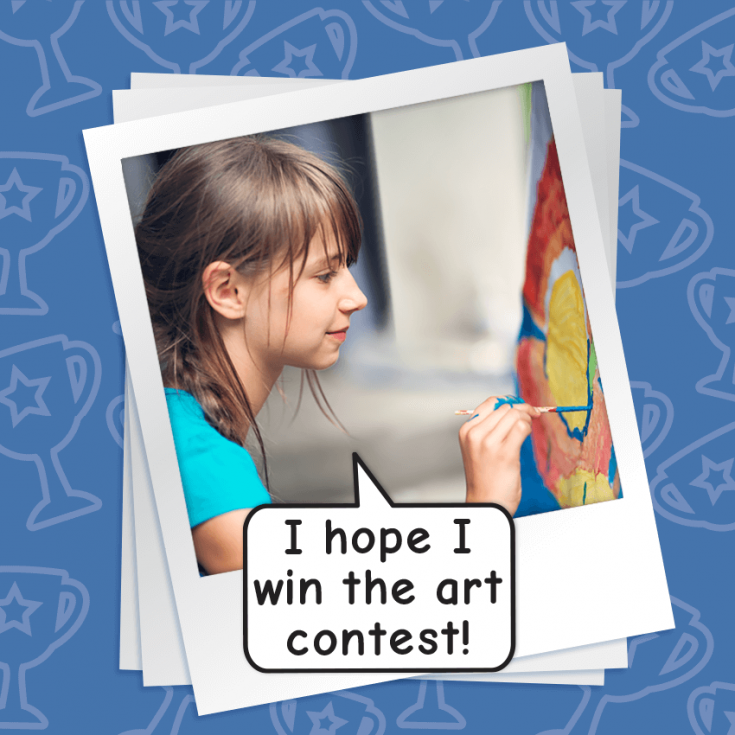 I really love art, just like your BFF, Nikki Maxwell. So, I submitted my artwork in this art contest and I totally thought I’d win. I spent a lot of time on it and thought my work was really good! But, I didn’t win. I wasn’t even a runner up! Then another art contest came along and I decided to try again. If at first you don’t succeed, try again, right? But the same thing happened! Now I’m beginning to think I should just give up on being an artist and never do it again! What do you think?

First of all, you may be frustrated, but you’re NOT a failure. It’s awesome that you put your art out there in those contests. That’s kind of a scary step! Art can be really personal and meaningful, and putting it out there to be judged takes guts. So, good for you!

I’m sorry you didn’t win. But do I think you should give up on being an artist because you didn’t win a couple art competitions? No way!

Look, every single creator you admire has been rejected, lost an opportunity or been told they’re not good enough. Every. Single. One! Artists, musicians, actors, writers. Photographers, including me! Not that you necessarily admire me. 🙂

But just saying, I’ve been there.

We see the success, the end result of a lot of hard work. We don’t always see how many rejections or losses someone has been through. The same is true with athletes, scientists and politicians. You don’t win Olympic gold, make a major scientific discovery or win an election without first losing some games, having some failed experiments, and losing some elections.

But people who create art (or pursue a sport, an instrument or whatever) do it because they love to. That’s gotta be the main reason to do these things. If it’s just for prizes and winning then…yeah. I guess you should quit.

But you’re proud of the work you did. You spent a lot of time on it and thought it was good. You probably enjoyed doing it. So I think you should keep doing it, because you enjoy it. And as you do more, your skills will improve. Maybe you enter more contests, maybe you don’t. But either way, your skills get better.

Also, it’s good to remember that unlike a soccer game or a math test, the results of an art contest are completely subjective. That means that there’s no black and white way to determine what’s good or what’s not. It’s up to the individual taste of the judges. If you look at the reviews of a book or movie you LOVE, you’ll find multiple people who also HATE it. That’s because people’s opinions on art are all different. So you weren’t the winner for these particular judges. Maybe you will be for the next round of judges. But the main judge that matters is YOU – if you’re proud of the work you did, then hurray!

So go out there and make art! 🙂

Have you ever been rejected, not made a team, not gotten cast in a show, or not won a contest? And then did you keep trying? Tell us about it in the comments!