MY FRIENDS GET ALONG SO WELL THAT THEY LEAVE ME OUT! 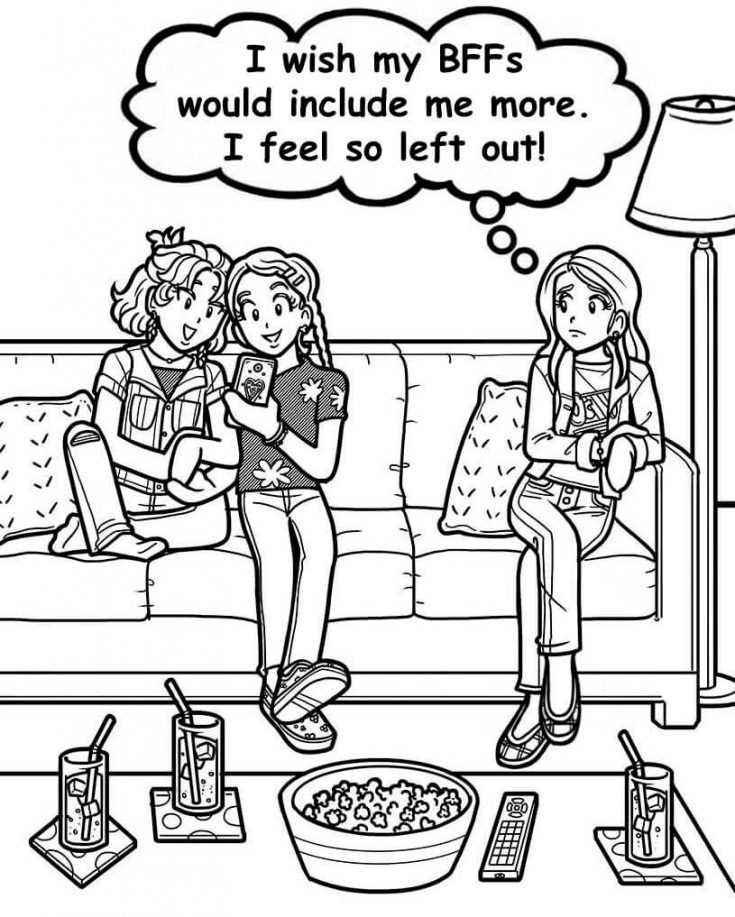 Hi Odd One Out,

Friendship stuff can be SO hard. Our friends are HUGE parts of our lives, and we love them like family, but they’re NOT family. Most of the time, family kind of HAS to accept us. But with friends, there can be worries and insecurities that if we do something wrong, we could lose them.

Try to take a step back from the worries and look at things with a clearer eye. There are some great things going on here.

First, you have two BFFs! That’s amazing! I get SO many letters from people who feel like they don’t have one super special friend, and you have TWO.

Second, your two BFFs get along! That’s amazing too! I also get letters from a lot of people with the problem that their two BFFs hate each other and that’s super stressful.

So you COULD choose to see this as awesome – you have two BFFs who totally get along! And it sounds like maybe they’re new to being friends with each other. So maybe they’re in the early, new stage of being close friends, so they’re catching up and getting to know each other, because they both already know YOU super well.

Trust in your bond with each of your friends and try to celebrate the fact that they’re connecting so well. Maybe have them both over to your house, where you’ll feel a bit more in control of what’s happening, but don’t stand in the way of them getting their friendship on.

Because honestly, the closer they are to each other, the closer you’ll be as a group. And I can tell you: BFF trios are THE BEST!!!

Do you have a group of three BFFs? Are there ever problems with one person feeling left out? Tell us about it in the comments!