MY FRIEND IS SO CLINGY!!! 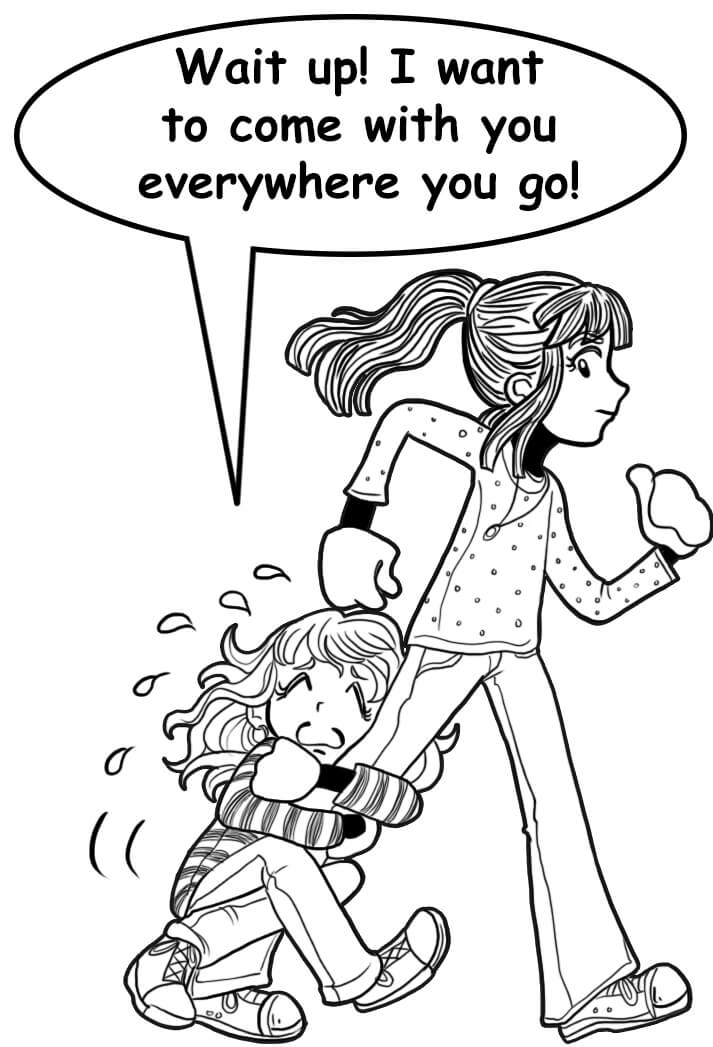 Hi Nikki,
I have a friend who considers me her BFF. The thing is, I don’t feel the same way! She wants to do absolutely EVERYTHING together. One time I was going to another friend’s house and she asked if she could come even though she barely knows her. I do an activity that means a lot to me and requires a lot of effort and now she wants to do the activity just because I do it! I feel trapped. She won’t stop clinging onto me! HELP!!

This is really hard. A clingy friend can be SUPER annoying. Especially if it feels like she’s getting in the way of your other friendships or activities. But you don’t want to hurt her feelings and you can hardly be mad at someone for liking you!

I think you might want to consider why she’s so clingy. It might help you figure out what steps to take. For example, is she worried about something? Or new in town? Maybe you can help introduce her to some other people. Invite her to group hangouts.

I think it’s a good sign that she wants to join you in other activities and hang out with other friends. She’s not jealously trying to keep you from those other things. She just probably lacks the confidence to jump into things by herself. So if you’re willing, you could help her connect with some new people and activities that would make her less dependent on you!

Maybe she’s had a bad friend break-up before, and she’s clinging so you’ll never leave her. In that case, she might need to know that you’re not dumping her, even though you might insist on doing your own thing sometimes. Like if you have something planned with another friend, you can tell her, “I’m having a sleepover with Emma tonight. Want to have a sleepover with me next weekend?”

Of course, that’s assuming you DO want to have a friendship with her, as long as it’s not too clingy. If you don’t want to be friends with her at all, though, you should be honest with her. Don’t string her along and give her hope. Don’t make one-time excuses like, “I have to go to my grandma’s birthday” because then you have to make a new excuse every time. Have an honest conversation. Be as nice as you can and make it about you, not her. For example, you could say, “I’m feeling overwhelmed and need to spend more time on my schoolwork/with my family/focusing on that important activity.” You can also always blame your parents. 🙂

But don’t abandon her. It’s okay to take a little longer to respond to her messages – that can give a subtle hint that you’re busy. But don’t just stop responding. That’s such a crummy thing to do and guaranteed to hurt her feelings.

And look, her feelings might get hurt no matter how careful you are. Just do your best. You’re obviously being thoughtful about this or you wouldn’t have written in for help.