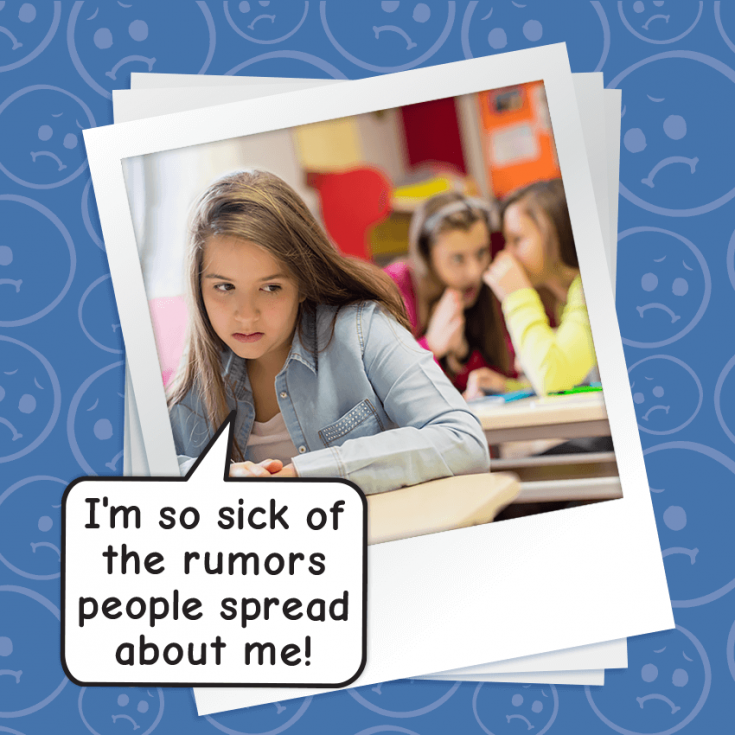 Why do people spread rumors?! I told someone something, and then the very next day the whole school was gossiping about it, and twisting everything around to things I didn’t even say. I should have known because the person I told is always spreading rumors. But she’s also my friend! What do you do when all the gossip, rumors, and stories are about YOU???!!!

Ugh, this is awful and I’m sorry it’s happening to you.

You should be able to trust your friends to keep your secrets. Next time you probably won’t trust that particular friend.

The best thing you can do when rumors and gossip about you get out of control is do your best to shrug it off and look like you don’t care. It’s SO HARD, I know. But the bigger deal you make of it, the more people will talk about it. If you’re just “whatever” about it, it’s more likely to blow over sooner. People will move on to other things.

But it’s really important to remember that even when the rumors and gossip move on to someone else, they’re still hurting somebody! They’re even hurting you, because if you’re a part of making rumors and gossip okay in your school, then they’re going to talk about YOU too, eventually.

So, here are some things to keep in mind for stopping the rumors. And maybe you can discuss these guidelines in your friend group and try to help each other remember not to do these things.