I’M EMBARRASSED BY MY ACCENT!!! 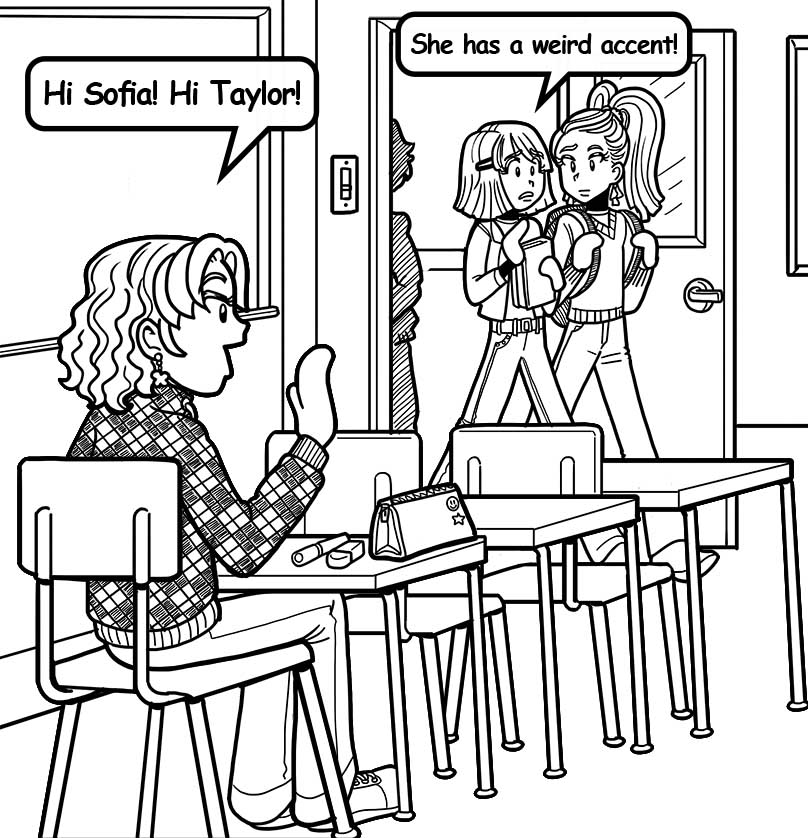 Hi Nikki,
I moved from Germany and I am very bad at pronouncing English. Kids at my new school tease me for having a German accent. I am very lonely and don’t know what to do. Thank you for your advice.

First of all, welcome to America!! 🙂

This is a frustrating problem shared by a lot of newcomers to this country. In fact, the United States is so big that plenty of kids who move from one region to another have different accents. A kid who moves from New York to Texas is probably going to get made fun of for their accent!

But, you are dealing with a whole lot more changes than a kid from New York would. It’s not just the language. It’s the food, the culture, the way teens and teachers interact, all sorts of cultural things I can’t even imagine. So it’s totally understandable if you’re lonely and overwhelmed.

Here’s the way I see it: If you are bad at pronouncing English, do you know what that means? It’s your second (or third or fourth) language!!! That is AMAZING!!!! How many people can say that? Here in the United States, not very many. Those kids who tease you about your accent? I am 99.99999999% sure they only speak English!

Speaking two or more languages is SO COOL. It also takes a lot of work and a lot of brains to speak multiple languages, especially if you didn’t grow up speaking more than one. I think it’s more common in Europe for people to speak a few languages. But people who were born in the U.S. and don’t have family that speaks another language tend to think English is all they need in the world. Sure, we have to take some foreign language classes in school, but they’re not enough to really make us fluent.

If I think your multilingualness is awesome, I can’t be the only one. I’m SURE there are kids at your school who’ll find you extra interesting because you come from a different place, and who will be impressed that you speak another language. So, I think the main thing is for you to find some BFFs here. Once you have friends and aren’t lonely anymore, it won’t matter so much what a few rude, ignorant people say.

Making friends here shouldn’t be that different from making friends anywhere else. Try to get involved in some activities outside of classes at school. Try out for a school play, or join a sports team, or volunteer for whatever. You’ll meet people who are interested in the same things you’re interested in. Go out of your way to be friendly to other kids who are new at school or don’t seem to have a lot of friends.

At some point, they’ll give up. Hopefully they’ll even realize they’re being dumb. And if they don’t, onlookers will probably realize how dumb it is to make fun of you for something that a) you can’t control and b) isn’t a weakness anyway.

I really hope that helps, and that you connect with some awesome kids who are impressed by your accent and curious about your culture.

Have you ever been made fun of for how you speak or where you come from? How do you handle it when people make fun of you?