BOYS WON’T STOP STARING AT ME!!! 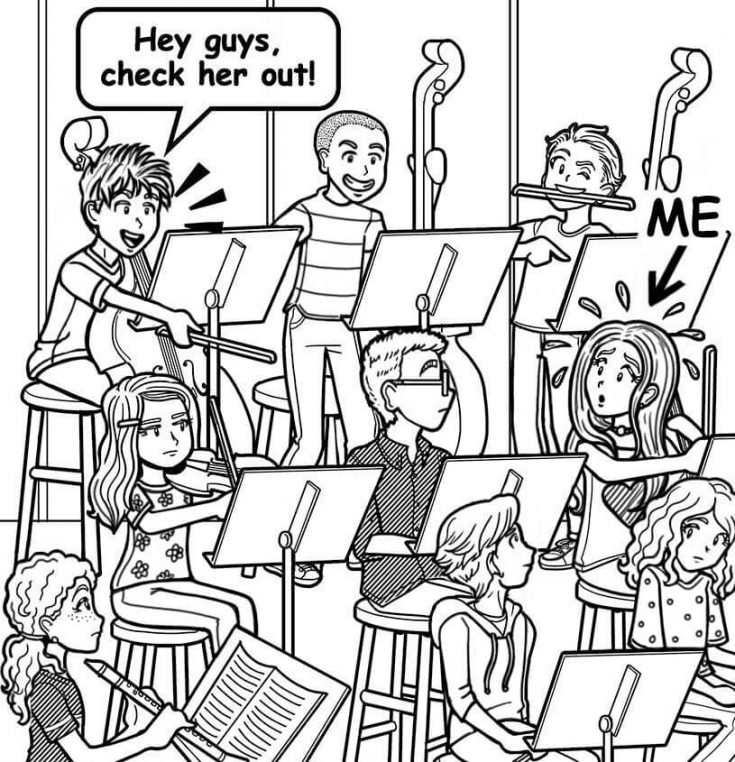 OMG. Now that I’m in middle school, I feel like all I am is fresh meat. People say I’m pretty, and I always thought that was nice. But in junior high, being pretty makes me pressured to get a boyfriend who’s equally good looking, and if I don’t, all of the older boys who I share orchestra with act really inappropriately. I often see boys staring at me, and it’s SCARY. Any tips on avoiding these boys or looking LESS pretty?

Okay, I don’t want to make generalizations, but SOME middle school boys are THE WORST. I KNOW there are good guys out there—like Brandon 🙂 !!!—but UGH. There’s a definite pattern of jerkiness among some of your average middle school boys.

And I think sometimes those of us who are not the prettiest or most fashionable tend to think the pretty girls have everything SO easy, but it sounds like it’s definitely not all rainbows and unicorns.

So, I have a few thoughts. And hey readers, be sure to share what YOU think in the comments!

First, you are more than your appearance. I hope you already know that and you’re just frustrated that some other people don’t see it. But I think sometimes if we hear something long enough, we start to believe it. So if you ever start to think you’re just a pretty face, that’s a LIE.

You’re thoughtful enough to realize this is happening and to write in for help, so you’re pretty smart! Plus you’re in orchestra, so that means you’re also pretty talented! And I’m sure there are a bunch of other things that make you pretty awesome!! Remember those.

Don’t get a boyfriend just because people say you should, ESPECIALLY if your main motivation is to discourage other guys from bothering you. A boyfriend is serious business! I think you should wait until your parents think it’s okay, you have a real connection with someone, and you feel ready for all the responsibilities (and drama, let’s be honest) that come with dating.

Instead, rely on friends. Hopefully you have some girl friends? And maybe even some guys who aren’t jerks? Do your best to focus on your friends and ignore the other guys. Let your friends know if there are certain guys who make you uncomfortable, so they can watch out for you.

Doing a sport or activity like dance or martial arts can help build your strength and confidence, not that you’re going to have to fight anyone, but more for you to know your power, if that makes sense. Guys will target girls who seem like they can’t stand up for themselves, so build that confidence!

And finally, if guys are really making you uncomfortable, tell your teacher. And if your teacher acts like it’s no big deal, tell another teacher or your parents. Tell someone until they listen. If you’re scared, the boys are out of line. And NO, you’re NOT making too big a deal of it or being dramatic, etc. Shame on anyone who says so!

People might say something like, “Boys will be boys,” but this is not okay behavior. And there ARE guys who are decent. Boys are capable of being decent. And you shouldn’t have to change who YOU are because of the ones who aren’t.

How do you handle unwanted attention? Have you ever felt too pretty, too sporty, too smart or anything? How could you support a friend in a similar situation? Tell us in the comments!