A fun and yummy recipe 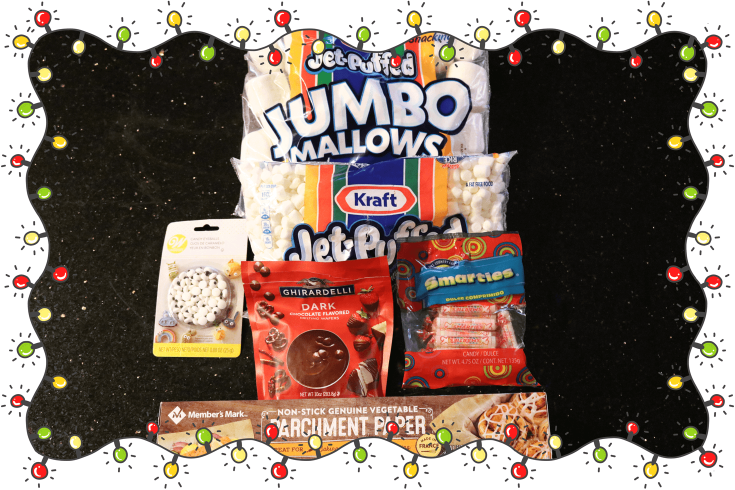 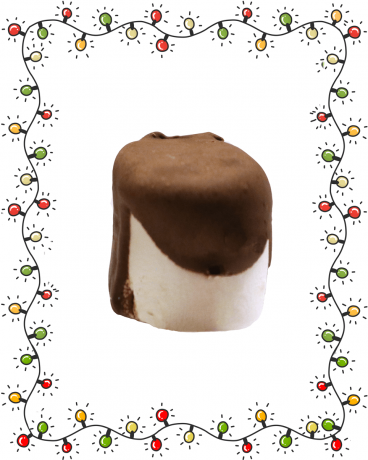 Place the chocolate wafers/bark coating in a microwave safe bowl.

Dip the top of your marshmallow into the chocolate then angle it forward a little until the front half of the marshmallow is covered in chocolate.

Carefully place your chocolatey covered marshmallow on a tray lined with parchment paper (or wax paper).

Continue to dip your remaining marshmallows in chocolate until you have filled up your tray.

Let the marshmallows sit on your tray until the chocolate has hardened (about 15-20 minutes).

Now it’s time to add the eyes and beaks to your penguins. Lay all of the penguins down on their backs on the tray.

Re-melt the bowl of chocolate in the microwave.

Next, dip the tip of the skewer or toothpick into the chocolate and place 2 small dots of chocolate on the front of the penguin where the eyes will be located.

Using your other skewer or toothpick, carefully poke a large hole underneath the eyes and slide a yellow or orange Smartie inside the hole for the beak. 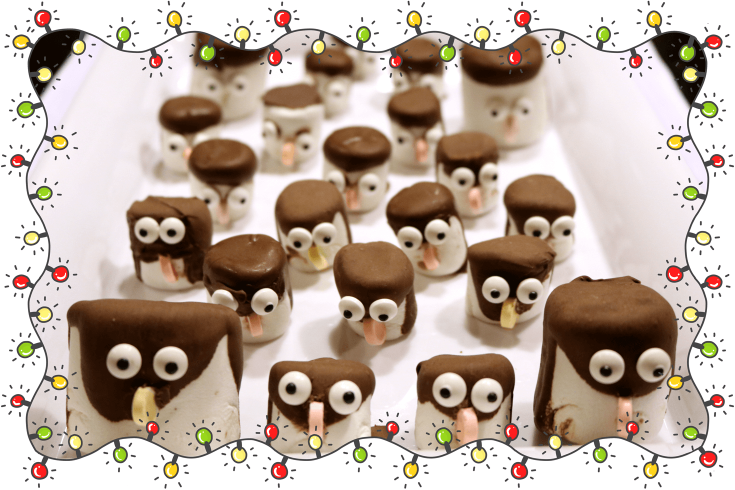