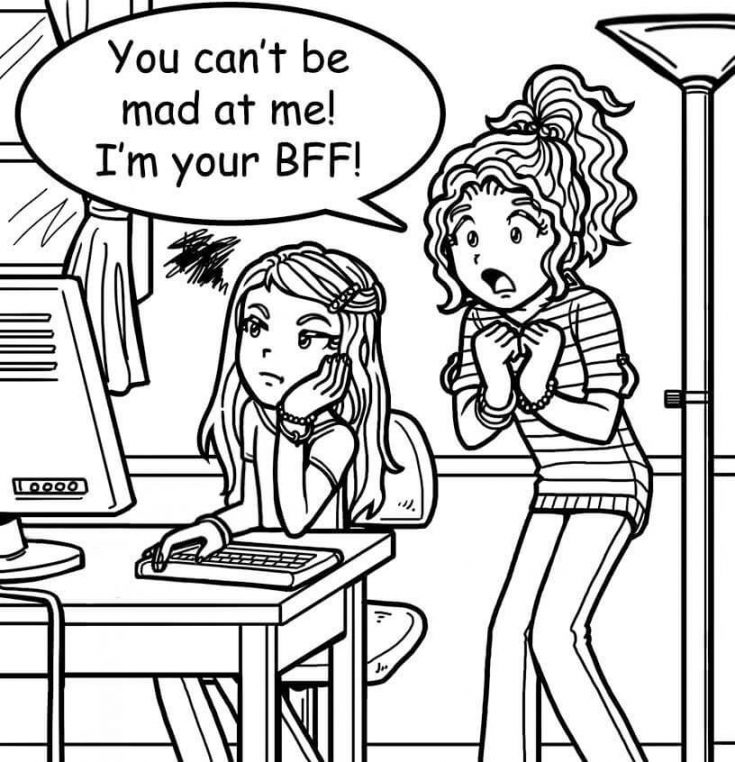 My friend won’t leave me alone! She was my friend, but now she’s acting super mean. She blurted out my deepest, darkest secret ever. Now I don’t trust her.

During the school year, she cuts lunch lines to sit with me and wants to play with me at recess, but she blurts out all my secrets and acts like my mother. I don’t want to be friends with her anymore. Can you please help?

Hi Frustrated Former Friend, I’m not going to sugarcoat it: it sounds like this girl is kind of clueless about what it means to be a good friend.

I mean, anyone who’s ever had a friend before knows it’s SO not cool to blab each other’s secrets (unless they only had an imaginary friend…imaginary friends never get mad when you tell their secrets since, well, you have to be real to feel!).

I totally get why you feel upset and don’t want to hang around her anymore. And I bet it’s even more annoying that she keeps trying to be your BFF, even though she’s acting more like a MacKenzie than a Chloe or a Zoey.

Still, there may be some explanation for why she did what she did.

I know, I know, it’s highly unlikely that she received an anonymous letter that reads, “Tell all of your BFF’s secrets, or you’ll never see your family again!” And anything that wasn’t as serious as that might seem like a super lame excuse to share your personal business.

But maybe it just slipped out and she feels really bad about it. Or maybe she didn’t realize it was a secret.

Or maybe she was actually trying to be a good friend. You mentioned she’s been acting like your mom, so that made me wonder if maybe the secret was something kind of dangerous, and she only told someone else because she was worried about you.

I’m not trying to convince you to save her a swing tomorrow at recess. (It’s probably not a good idea, anyway, since trying to save a swing is like calling dibs on the last two pieces of birthday cake…it can REALLY tick people off!)

I’m just saying that maybe it’s not as black and white as it seems. If I’m totally off base and you’re just completely over being her friend, then I say be honest with her, but try to be nice when you break it to her.

Telling other people’s secrets is TOTALLY wrong, so maybe she could use a lesson in doing things right!

This way, it’s no secret: your friendship is on pause until you feel ready to press play!

What do you guys think? Do you have any advice for Frustrated Former Friend?