WHEN YOUR FRIEND BRAGS 24/7 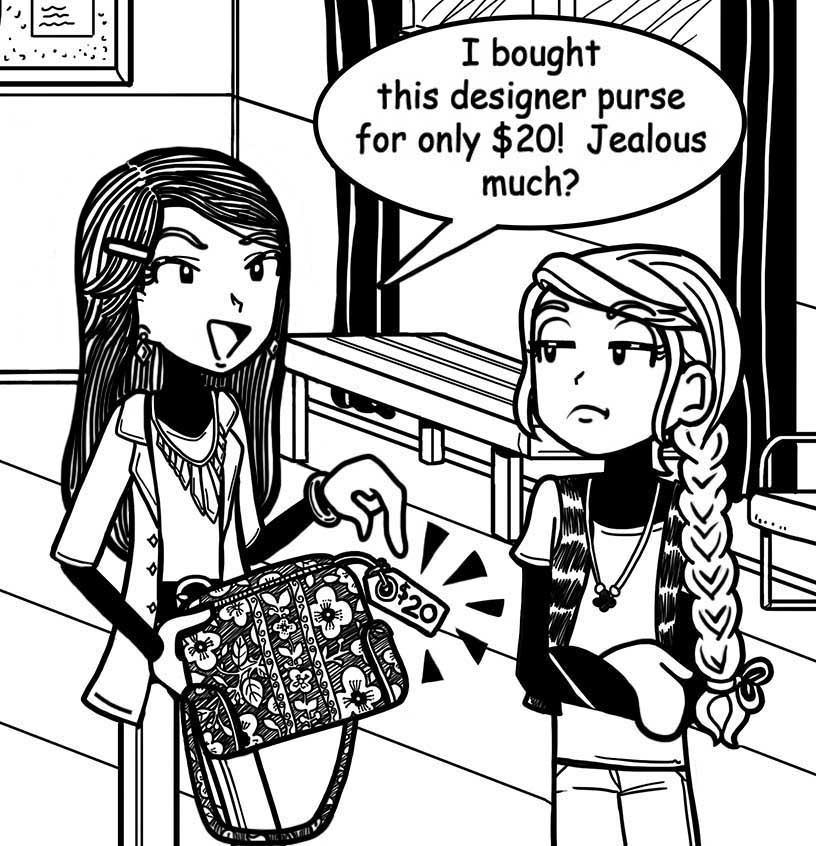 I have a bestie who’s sweet and friendly, and we’re practically sisters. But there is one BIG problem: she LOVES to brag! She annoys me by giving me constant updates on her life and posting pictures of bargains she got, as if gloating. My other bestie feels annoyed like I do, but my third bestie just compliments my bragging friend, which kind of made the situation worse! Help!

My Advice: Hi Tally! I totally get why it would be annoying to have a friend who brags 24/7. Some of us have to beg, whine, and wait for years to get used or outdated Apple products. The last thing we want is a play-by-play of someone else’s non-stop shopping spree. If we wanted that, we’d follow the Kardashians on Twitter! Still, you DID say that this bestie is practically your sister. It could be that she doesn’t see these updates as bragging. Maybe she’s just SUPER excited about all of this stuff, and she wants to share it with someone. Or, maybe she wants to impress you guys, and she doesn’t realize it’s SO not working. The way I see it, you have three choices: You could tell her how it makes you feel when she tells you about all the things you don’t or can’t have. You could give her a not-so-subtle hint to keep her steals and deals to herself, like, “I bought you this shopping diary so you can write ALL about the stuff you buy here…where no one else will see it. Enjoy!” Or, you can decide that, since she’s an awesome friend, you’ll smile and say, “Nice!” when she gives you these updates, knowing that your opinion means a lot to her. I know that might seem tough to do, but she IS your BFF, and it would probably crush her if you said, “I get it…you have a lot of great stuff! Stop bragging!” And it would be even worse if she found out that you and your other friend were talking about her behind her back. Gloating may be tough to deal with, but gossiping is even worse! You don’t need to feed into it, like the friend who compliments her all the time, but maybe by trying to understand where she’s coming from, you’ll feel a lot less fed up.

What do you guys think? Do you have any advice for Tally?