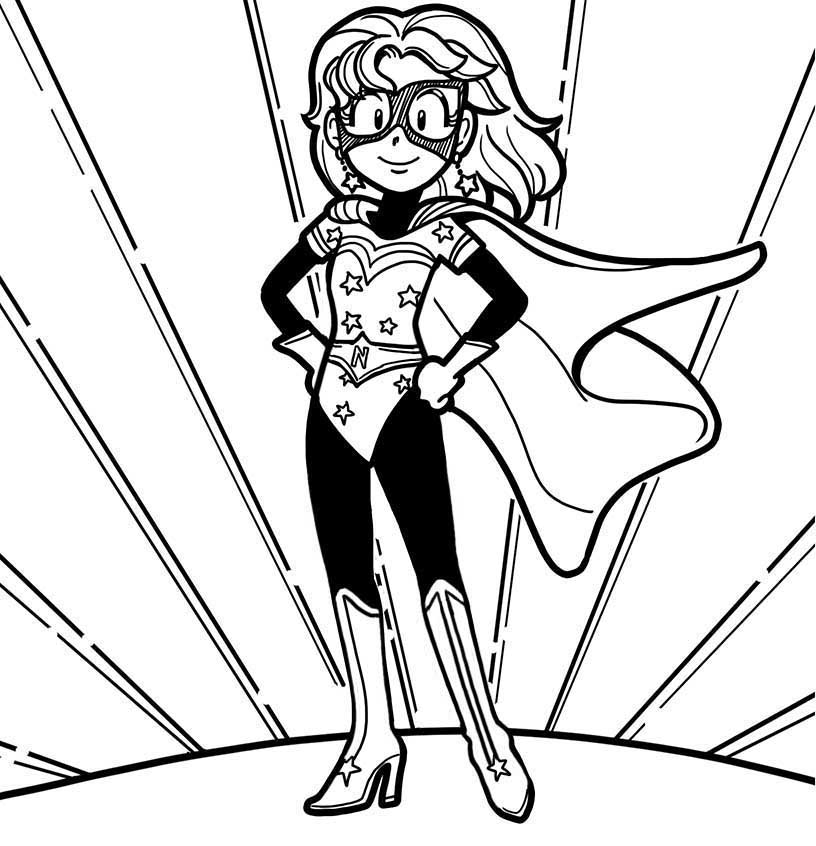 Lately I’ve been feeling weak. Like I am powerless against the CCPs and bullies. I feel like I want power, like a super power or something, so I could make the world a better place. How can I get superpowers?

Picked On And Powerless

Hey there! Just call me Super Dork! Let me tell you all my secrets!

Here’s the first one: The weakest people in the world are bullies. Only weak people cut other people down to build themselves up. Sure, they might look like they have power. That’s part of what makes them bullies. If they weren’t bigger, or richer, or a part of the CCP group, they wouldn’t be able to bully you.

But their HEARTS are weak.
Something inside them is so broken down, they can’t even stand up and be a decent person.

Which makes YOU the strong one, the superhero. Because you care about people. You don’t say you want superpowers so YOU can be in charge. You want to make the world a better place.

And THAT is awesome!!

So like, I can’t tell you how to fly, become invisible, or get your own lasso of truth (shout out to Wonder Woman, best superhero of them all!!). But I can point out some things you’ve probably already got. You might not realize just how powerful these things can be.

COURAGE – You can’t stand up for every single kid who’s getting bullied in the world (though wouldn’t it be cool if there WERE a comic book superhero whose whole thing was flying from playground to playground, rescuing picked-on kids?). But you CAN make a difference at your school or community center, or wherever you hang out with other kids. When you see someone getting picked on, stand up for them. This takes a lot of courage, which is something bullies don’t have. If they were courageous, they wouldn’t pick on people who seem like they have less power.

KINDNESS – Even if you want to stand up for a picked-on kid, that does NOT mean you have to take on the bully. Bullies are looking for confrontation, and it sounds like you want less of that in the world. (So do I!) So, instead of taking on the bully, walk up to the kid who’s getting bullied. Ignore the bully entirely. Introduce yourself to the kid if you don’t already know them. Be sure to smile and immediately say something friendly, like complimenting something they’re wearing or something they recently said in class. (This way they’ll know you’re on their side and not ganging up on them.) Then ask them if they want to come sit with your group/shoot hoops/whatever to give them an excuse to walk away from the bullies. If the bullies taunt you as you walk away together, IGNORE THEM. Just make friendly conversation with the other kid. When the bullies see they can’t get a confrontation out of you, they’ll move on. And you might have made a new friend. If nothing else, you’ll have saved that one kid from that one situation and made a big difference for them.

HUMILITY – Nobody’s perfect. Even if you want to make the world a better place, you’ll mess up sometimes. You’ll hurt people’s feelings or leave them out or embarrass them. Maybe on accident, or maybe even on purpose. But in those situations? The superhero thing to do is apologize, make it right, try to do better the next time. It takes a lot of humility to admit you were wrong. Bullies don’t do this (because they’re WEAK).

So, those are the superpowers of Super Dork: Courage, Kindness, and Humility.

Now you know all my secrets! Go out and conquer the world!!
(Or your little corner of it.)