MY BFF’S LITTLE BROTHER IS OUT OF CONTROL!!!! 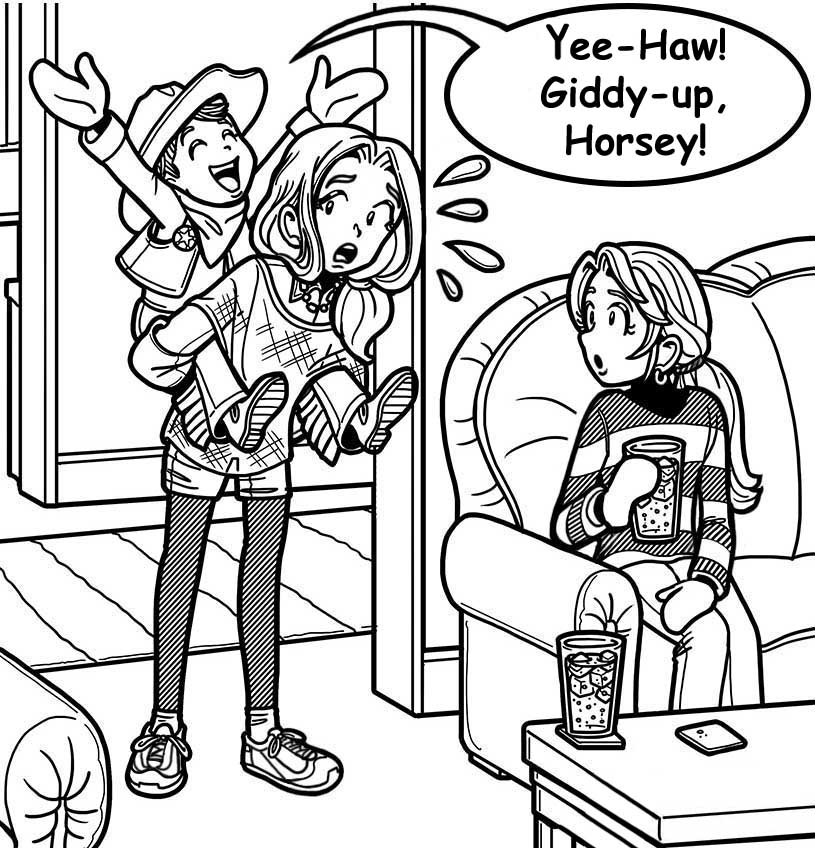 I have a serious problem! Being the youngest in my family, I don’t have a younger sibling to worry about (thank goodness). 🙂 But whenever I go to my friend’s house, I have to deal with her little brother! 🙁 If he doesn’t get his way, he goes NUTS!! Last week, he wanted me to give him a piggyback ride. When I said no, he jumped on my back and yelled, “GIDDY-UP, HORSEY!!” You’re the only one who can help me tame this vicious beast…ON STEROIDS. Please help before someone gets badly hurt, NAMELY ME! 🙁

Since you signed your letter “accidental horsey ride,” I am assuming your friend’s mom or dad are NOT around when you are at her house? Because if they are, the answer is obvious: you need to talk to her parents. And if you’re not comfortable doing that, maybe you need to have your parents talk to her parents. But, they need to understand that you’re very uncomfortable at their house because her little brother is so…well, to put it nicely, HYPER.

In the meantime, you and your friend shouldn’t HAVE to lock yourselves up in your room. But…could you? If it’s really bad? Just stay out of his way. At the most extreme, hang out at your house instead. Where there are no little munchkins waging war! (Hopefully!!)

And, if the parents are NOT around and are really counting on you and your friend to be babysitters, that’s not cool. Unless you signed up for it and are getting paid. And if he’s this hyper, someone really could end up getting hurt. So no one should be babysitting this kid unless they’re fully qualified and prepared to do so.

I’m curious—is your friend bothered by her brother’s behavior? Like, I’m wondering if they’re just super hyper in their family. Does she shove him and jump on him and generally respond physically to him? That doesn’t make it cool, but it might mean she wouldn’t notice when he’s out of line with you. And if that’s the case, you need to talk to her. Make it clear that you’re not upset with HER. But you’re so not down with how rough and physical her brother gets.

You’re not going to be able to change this wild child’s behavior. But you CAN communicate with your friend and her parents about it—and him, too, if he’s old enough to understand. You can explain that you won’t be coming over to their house any more if he keeps acting this way.

He might not be able to control himself, depending what his deal is. If he’s too little, or he has sensory issues or ADHD or something, he might struggle with boundaries. But it’s still important for him to understand that his actions have consequences.

Whatever those consequences are, though, try not to hurt your friend. She has enough to deal with living with this kid, right?!?! So find ways for you guys to hang out at your house, or somewhere else. Or hang out at her house when you know he’s going to be somewhere else. Or when you know one of his parents will be there and will be on top of things.

Hopefully it’s a maturity thing, and with some time he’ll chill out.

Until he does—be careful! And maybe wear a helmet and shoulder pads when he’s around! 🙂

How do other readers handle super wild little kids? Especially when they’re not YOUR siblings?