MY BFF STOPPED ANSWERING MY TEXTS!!! 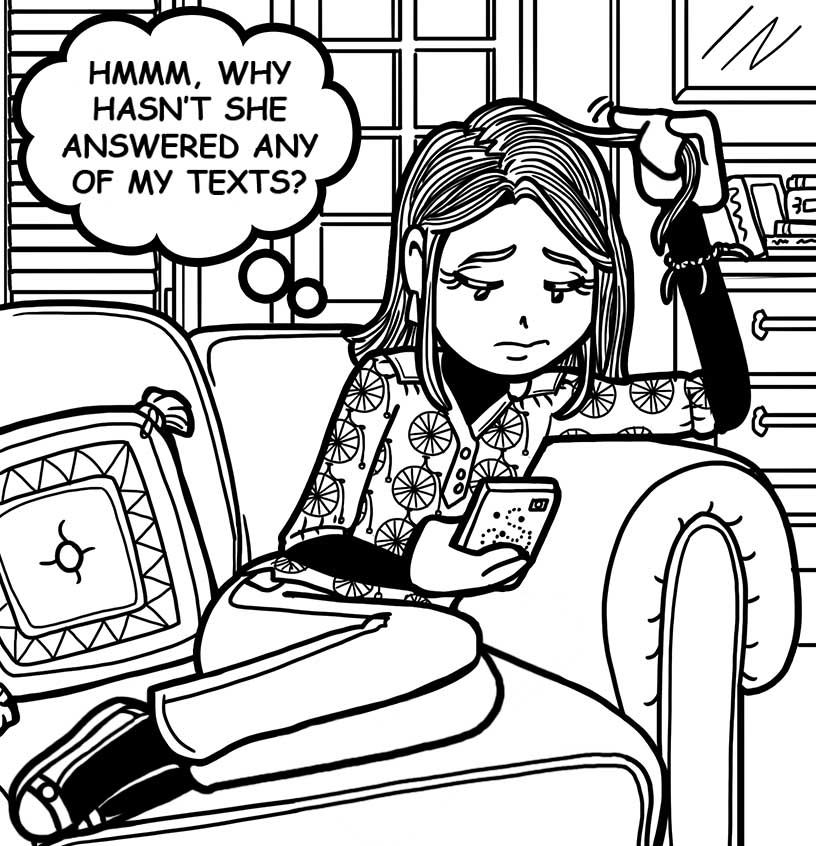 Since school’s out, I’ve been texting my friend like crazy! But she doesn’t answer anymore and I’m really worried something might have happened to her, because she’s like a Chloe or Zoey to me! It’s pretty unlike her to not answer. She is not that kind of person. What should I do??

Wow, I can imagine how worried I would be if Chloe or Zoey just STOPPED answering my texts.

The very first thing I would do would be to call them. I assume you’ve tried that? But maybe not. I think we get so used to communicating by text that sometimes we forget the first reason phones were invented. NO, not to take selfies and text 24-7!!! To talk, person-to-person. With our voices!

So, if you haven’t done that yet, call, leave a voicemail, make sure she knows you’re there. If she lives close enough that you could walk or ride a bike or take a bus to her house, maybe drop by. I would drop by with a purpose, though. If you just show up, saying, “I wanted to see why you aren’t answering my texts?!?!” that might seem sort of stalker-ish. So drop by to invite her to do something specific, or ask if she wants to bake cookies or paint nails, or whatever you guys like to do together.

But you might call and even drop by and still not find her. In that case, I can think of a bunch of reasons she might not be texting you back. Here they are, off the top of my head:

So, try not to worry. I can understand why you would worry, but chances are she’s fine and there’s a completely understandable explanation.

Maybe you could use the time that you’re not texting her to make her goofy videos or fill a notebook with goofy poems and drawings for her, so when you do see her again, you can say, “Hey! I missed you! So I made this for you!”

I hope you get to talk to her soon!

How do the rest of you handle it when a good friend stops responding to texts?