I’m Addicted To My Cell Phone! 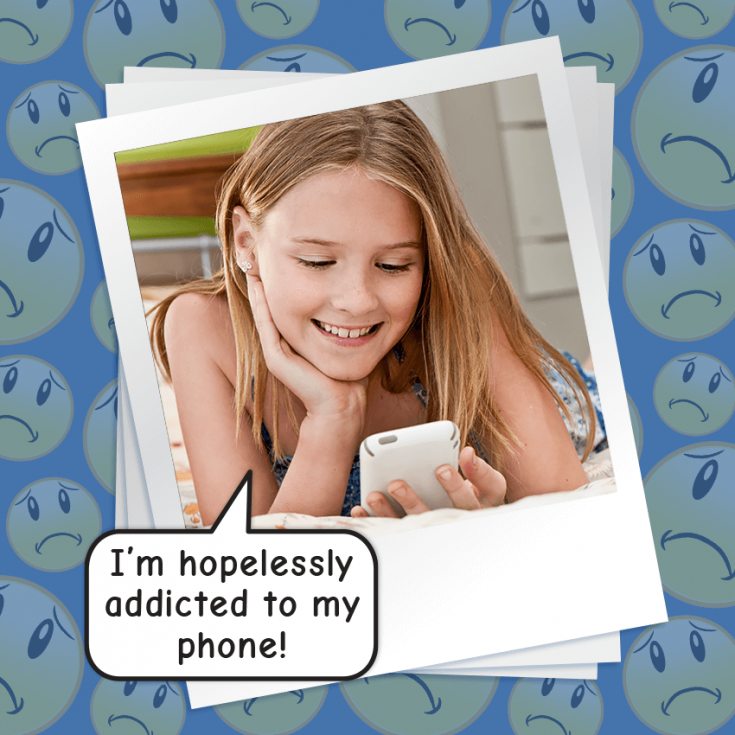 I think I’m addicted to my phone. Before, I read and doodled in my spare time, but now most of my time is wasted on watching Youtube or playing games on my phone! I realize I’m addicted, so I want to change my ways. But, my brain keeps saying, “Come on, just one more minute.” And before I know it, I spend two whole hours wasting my life on my phone. How can I beat this habit?

I’m so glad you wrote in about this, because I think it’s something a LOT of people can relate to. Not just kids, either. Anyone old enough to have a phone, really.

I think it’s amazing that you realize it’s a problem. That’s really the first step to breaking any addiction, and sometimes it can be the hardest. Lots of people are completely addicted to their phones but would never in a million years admit it. You see the problem and you want to do something about it, so you’re ahead of the game. And, by game, I don’t mean Dr. Mario World!

It’s also awesome that you already know what other activities might fill your time. Reading and doodling are great and they use your brain, imagination, and all that good stuff. If you took that book or sketchpad OUTSIDE and read in the sunshine and fresh air, my grandma would nominate you for some sort of Best Person Ever award.

Seriously, some kids are lost if their phones get taken away. They have NO idea what to do with themselves. So again, you’re ahead of the game.

But, wanting to change your ways isn’t enough when you’ve got an addiction. Because like you said, your brain sneaks in there and tells you, “Just one more episode/one more game/one more minute.” But then when that one is over, your brain tricks you into “just” one more…and another…and another…

So, if you really want to change things, here are a few ideas:

I think you’re already on your way and I hope these ideas help!

Has anyone else ever conquered a cell phone addiction? How did you do it?