I NEVER GET ANY CANDY GRAMS! 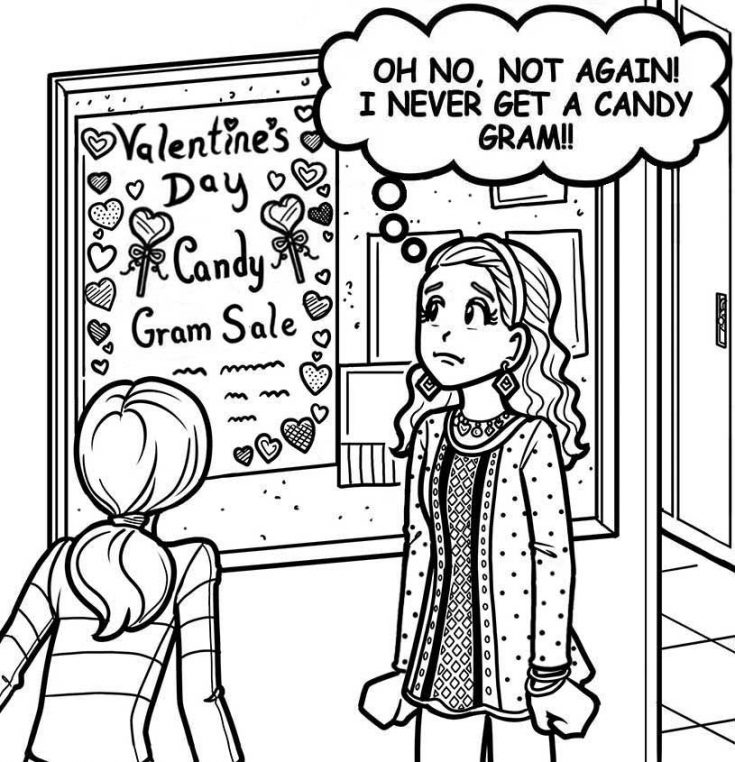 Valentine’s Day is in a few days and I’m TOTALLY FREAKING OUT! At our school they do this candy gram thing where you can buy a heart lollipop for someone else. You can sign your name or leave it blank, and then on Valentine’s Day, they all get delivered. CCPs get A BUNCH. Some people get them from secret admirers. Last year I didn’t get ANY! It was SOOOO EMBARRASSING!!

I’m so stressed out that I might try to stay home sick. But then what if someone DOES send me one and I’m not there to get it?! HELP!!!

Ugh, that IS catastrophic! Sometimes those candy gram thingies drive me KA-RAY-ZEE! I mean, I get it why schools do them and some people think they’re awesome. But it IS really stressful if you don’t have many friends or enough allowance to buy one. And even if you have lots of friends and money’s not an issue, it’s SO stressful figuring out who to send one to so nobody gets hurt feelings, or whether you should sign your name when you send one to your crush!

So, you’re NOT the only one who gets stressed out about candy grams. In fact, I bet the CCPs who get a lot STILL lose it when they find out somebody got more than they did, or none of them were from their crush.

Last time my school did this, my Grandma told me I should send one to myself and sign it from a secret admirer. Then I’d be guaranteed to get one.

I mean, it’s not a bad idea! I was worried someone would find out I’d done that—talk about embarrassing! But actually, people are probably way too busy stressing out about the candy grams THEY got to be getting all into your business like that.

You’re definitely not the only person stressed out about this. Maybe try talking to a few of your closest friends. See if they’re up for sending candy grams to each other. Then you’ll each be guaranteed a few!

Another thing to do is focus on making other people feel good. This is something I do in a social situation where I feel awkward. I look for someone else who looks even more uncomfortable, and I talk to them and try to make them feel better. It gives me something to do and we both end up feeling better!

So you could think about people who might not be getting any, because they seem like loners or outcasts. Send them a candy gram, signed from “A Friend.”  (I wouldn’t sign them from a secret admirer, so they don’t get their hopes up about a fake crush.) Then, when the candy grams are delivered, you’ll be more focused on watching those people get their candy grams and how happy it makes them!

In the end, it’ll only be one day. It’ll be over soon and you won’t have to worry about it for another year. The number of candy grams you get doesn’t mean anything about who you are as a person. But the number you give out of kindness just might!

And if you don’t have any money but still want to spread kindness, you could talk to an adult who runs the candy gram thingie and maybe suggest a few names of kids who could probably use a “kindness-gram.” Hopefully the adult would be happy to make that happen without any money involved.

Does your school do candy grams or something similar? How do you feel about them? Tell us in the comments!