I MISS MY GUY FRIEND! 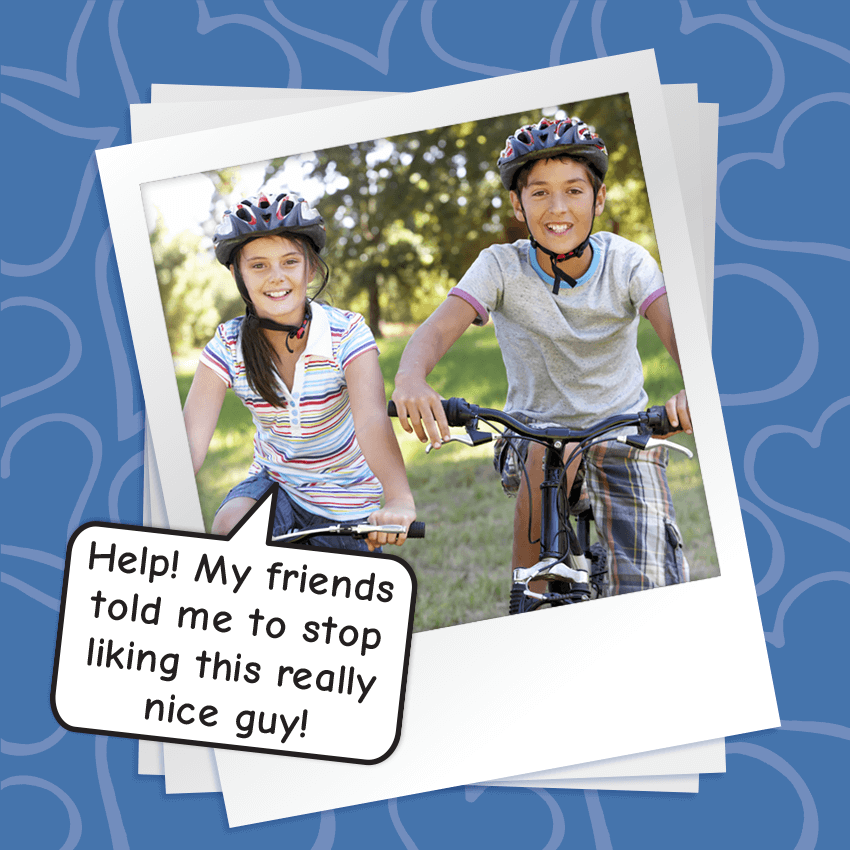 There’s this boy who used to be my best friend. We’d talk all night and I’d vent and rant to him and he gave me great advice. But since last month or so, we’ve completely stopped talking because my friends don’t like him at all. Then another boy told me that the only reason he was spending so much time talking to me in the first place was because he had a crush on me. Apparently, boys only bother themselves with the girls they like. I felt terrible when I heard that because it’s making me question whether he was such a nice guy in the first place. Maybe my friends were right! Ugh, why do boys have to ruin everything by starting to have feelings for you? But I really, really miss him! 🙁

Okay, I feel your pain and will try to help you, but I have to stand up for this guy first!

IF your guy friend really did have a crush on you (which you’re only hearing second hand from his buddy and is possibly not even true), that doesn’t make him a bad guy for spending time with you! First of all, maybe he didn’t start out with a crush on you, but after spending time talking with you, he saw what a cool girl you are and developed a crush. Or maybe he had a crush all along, but he didn’t pressure you about it. You didn’t even know about it until someone else told you. So it sounds to me like he was being a good friend all along and dealing with his feelings on his own. That’s hard to do!

So look, you stopped talking NOT because of his feelings, but because YOUR friends don’t like him. That sounds like it was YOUR decision, not his. It’s not like he backed off your friendship because he found out you don’t like him.

I can see how you might feel worried that any time you show friendship to a guy, he’s going to want to turn it into something else. There are guys like that. (There are girls like that, too.) But it really, really doesn’t sound like that’s what this guy did.
So if you miss him, I think the answer is to let him know. And you can do that without making him think you want anything more than your old friendship back. You can say something like, “Hey, I’m sorry if things got weird with our friendship. I was going through some stuff. But I miss talking to you. How have you been?”

If you’re lucky, you’ll be back to talking for hours. But if he knows you dropped him because your friends didn’t like him, you might have more of a challenge. It would make sense if his feelings are hurt and he might have trouble trusting that you’re not going to drop him again. And another reason he might have trouble jumping back into your friendship (so you’re prepared) is if he knows his friend told you he was crushing on you. Whether or not it’s true, that’s awkward.

So be prepared for a few roadblocks, but if you really miss him, tell him that. Be the one who’s brave enough to reach out, because it sounds like he might have already been embarrassed once or twice in this situation. And don’t expect it all to change overnight. It might take a while to get things back to where you were.

But I believe you can do it! It sounds like you had a real friendship and it’s worth going through an awkward phase to get that back.

Have you ever rebuilt a friendship that hit a rocky patch? Do you think guys and girls can be friends without any crushes getting in the way? Tell us in the comments!