I FORGOT HOW TO MAKE FRIENDS!!! 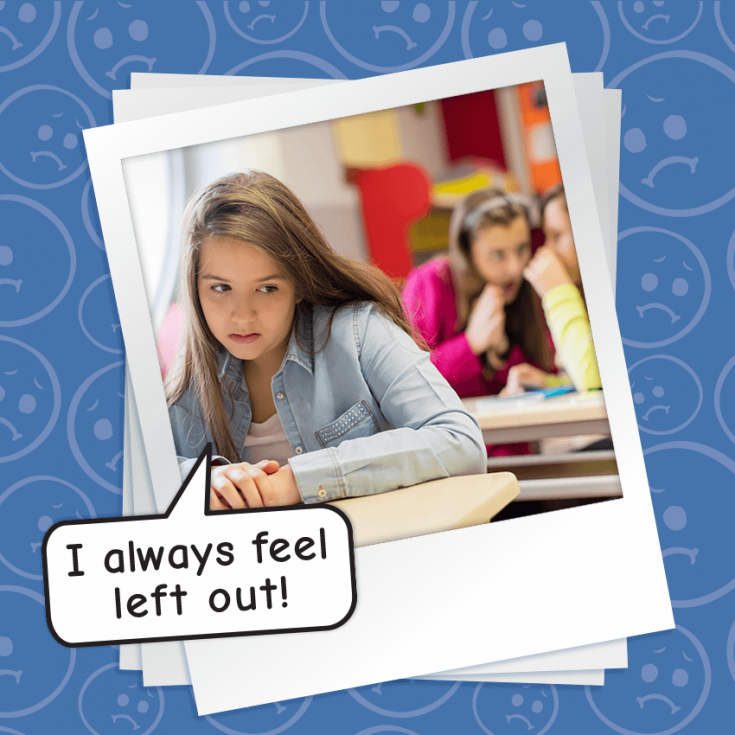 I’m going to a new school soon, and I’m FREAKING OUT!!! I’ve moved schools like SEVEN TIMES in THREE YEARS because of my disabled sister, but my mom says I will be staying in this community until high school. I’m only in 5th grade now! The thing is, since I move schools so much, I’ve stopped making friends so I wouldn’t have to leave them. Believe it or not, I kind of FORGOT how to make friends. I’m not able to talk to my parents about it, since they usually only pay attention to my sick and disabled sister. What should I do?

Wow, it sounds like you’re dealing with a lot! Going to a new school is hard enough, but that many moves is really tough. I can understand why you kind of shut down on making friends in the last few years.

But, since it sounds like you’re going to be in the same place for a while—which is actually great news—you will definitely want to make some friends. So, I called Nikki since she’s been the new kid at school before, and we came up with some things for you to keep in mind:

It bums me out that you don’t really talk to your parents because they only pay attention to your sister. I don’t know the details about her situation, but it sounds like your parents have a lot on their plate. Still, you’re their kid too and I’m SURE they want to know what’s going on in your life. It’s probably just that you’ve learned to take care of yourself and it doesn’t seem like you need them as much, so you don’t end up getting as much attention. But you’re only in 5th grade—of course you need your parents!

Try to find a time when your sister doesn’t need anything—maybe when she’s asleep, or at a physical therapy appointment, or watching a movie, and ask your parents if you can talk to them about something important. You might start by saying that you know they’re really busy with your sister, but you’re feeling like you need to talk to them about a problem. (Hopefully that’s when they’ll assure you that they love you very much and they’re sorry if you’ve felt ignored, and of course they want to hear what’s going on with you.) Then talk to them about this issue, or whatever else is going on.

Maybe you could ask for a once a month chat with each of them individually, where you go to get ice cream or hang out at the park, to give you a chance to talk one on one. I’m excited for you to have the chance to settle down and make some friends. I hope you make some BFFs like Chloe and Zoey (but don’t have to hide in a janitor’s closet to do it).

Hey readers, any tips for making friends in a new situation?