HOW DO I TALK TO A SHY GUY? 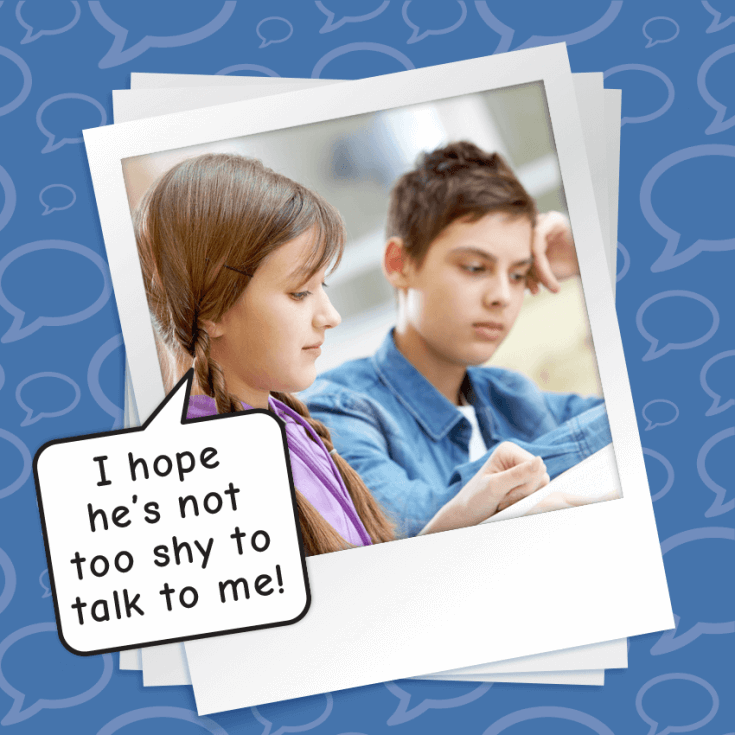 Hey Brandon! There’s this boy I sit next to in class, but he seems really shy and he’s always alone. I want to talk to him but my best friend thinks he’s weird and that I shouldn’t embarrass myself by talking to him. I still really want to talk to him and wonder how to start a conversation with him. Thanks in advance for any advice!

I think you sound like a really nice person. And honestly, your friend sounds a little bit mean. Why does she think he’s weird? What matters is that YOU think he’s worth talking to. But like, even if he’s always alone and on the shy side, that doesn’t mean you shouldn’t talk to him.

Let’s agree not to listen to your friend about this, okay?

So, the question is, how do you approach him? It’s great that he sits next to you in class. Even if he doesn’t know your name, you’ll look familiar to him.

If you don’t know his name, that’s a simple way to start the conversation. You sit down next to him and say, “Hi. You sit next to me during class but I don’t know your name. I’m Megan.” (But like, use your real name. Not Megan. Unless your name IS Megan. 🙂 )

If he cringes in horrified fear and looks like he’d rather jump out of the window than talk to you, then you say, “Well anyway, just wanted to introduce myself. I’ll leave you alone now.”

BUT, I doubt that will happen. He’ll probably just tell you his name. If he was doing his schoolwork or reading a book when you sat down, ask him about it. Try to ask him open questions that require more than a yes or no answer. As long as he doesn’t look annoyed, you should be fine. Just be your cool, friendly self.

You could also go into the library and introduce yourself to him there. Maybe you’ll both feel like fewer people are watching your conversation. You can ask him what he’s reading, or ask a question about the class that both of you are in. And then when you see him later, you’ll have a little more of a connection to smile and wave or maybe sit with him and chat some more.

There’s a chance he’s not sad or lonely. He might not know anybody that well. Or he might be shy. Either way, I really think he’ll appreciate your friendliness. (Please don’t get upset if he doesn’t have a lot to say. The important thing here is that you tried to be nice.)

I hope that helps. If anyone makes you feel bad about being kind to someone, then that’s their problem, not yours.

What do you do when you see someone who looks like they don’t have anyone to talk to or sit with? How do you strike up a conversation with someone you want to be friends with? Tell us in the comments!