HOW DO I MAKE UP WITH MY SISTER? 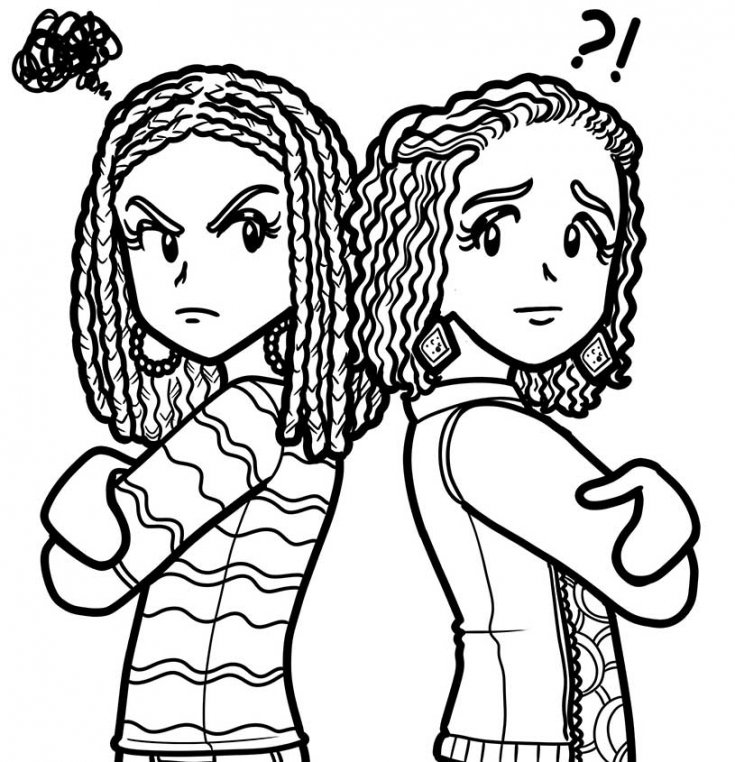 My sister and I got into this HUGE fight and now she’s giving me the cold shoulder. I want to make up. The thing is, I don’t really have anything to be sorry about. I’m sure I did something but my sister was kinda the one who started it! I just kept my cool and she still got mad. What should I do to make up?

OOF, it sounds like your sister knows how to hold a grudge. Truth be told, sometimes I do too.

The thing is, if you had a fight, there were two of you in that ring throwing punches. (I mean, not literally. I hope!) It’s impossible for one person to fight alone. Like, your sister could have just started screaming at you out of nowhere about something, but you call it a fight, so there were two sides.

Now, this doesn’t mean you were both equally wrong. There are always two sides to every story, but sometimes one of them is right. I’m sure you think that’s you.

Still, I’m afraid you said or did something that contributed to the fight. We all have been there! You’re the one who wants to make up, which is SUPER cool and mature of you, by the way! So if you really DO want to make up, it might be on you to put yourself out there a little bit. Apologize for whatever you can sincerely apologize for. And take care not to start the fight back up with a “you started it” or something. And if SHE starts the argument again, back straight on out of there, saying, “I don’t want to fight with you anymore.”

The other thing is, she might just need time. If she’s a champion grudge-keeper, it might not matter what you say. She might just have to get over it in her own time. If you give her time and space, it might go more smoothly if she chills out on her own. Just act normal and friendly, so she knows that you’re there when she’s ready to stop being mad.

Also, maybe there’ll be a specific conversation where you make up. But maybe not. Sometimes talking about arguments is healthy, but sometimes it just brings up the bad feelings again. It might be that you just need to let it go and after some time, things can get back to normal again. They will eventually. She can’t stay mad forever.

How do you make up after arguments with family or friends? Do you need a lot of time to simmer down? Tell us in the comments!