HOW CAN I GET A LATER BEDTIME?! 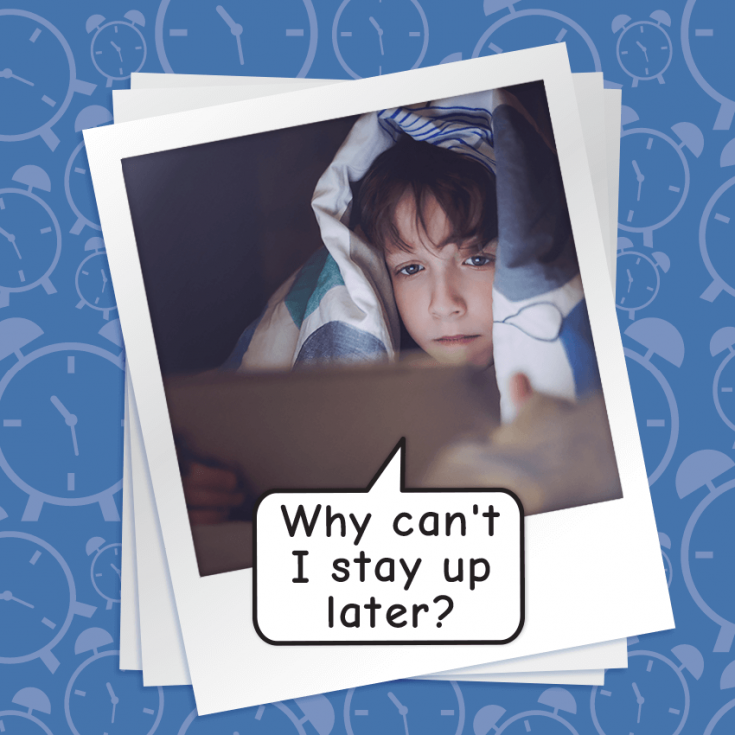 I need help! My parents treat me like I’m two years old!!! Okay, maybe not TWO. But I’m tired of feeling like a little baby! They make me go to bed at EIGHT!!! My older siblings get to stay up until nine, but no matter how many times I ask, they won’t let me stay up later! How do I get them to change their minds?!

This is one of those things where parents really think they’re doing what’s best for you. And in some ways, they’re right. All kinds of studies show how important good sleep habits are for…pretty much everything! Mood, health, grades, etc.

But sometimes we outgrow rules while parents are still holding onto them. I think it’s reasonable for bedtimes to get later as we get older. It sounds like just asking hasn’t worked for you, so let’s try another approach.

First of all, consider HOW you’re asking. Are you genuinely asking, or are you complaining/whining/throwing a fit at the end of the day when they’re exhausted and way more likely to just shut down any complaints?

Whenever you want something from your parents, it’s a good idea to ask for it at a peaceful time, when everyone is well-rested and in a good mood. You want to acknowledge their concerns by telling them you appreciate that they want you to get a good night’s sleep. But, you should also tell them how you feel by pointing out that, as you get older, you have a hard time falling asleep so early. Then, you need to lay out a plan to show them you’re ready for the new bedtime you’re suggesting.

For a later bedtime, here are some things you might propose:

I hope that helps! And I hope our readers have more ideas for you too.

Have you successfully convinced your parents to allow a later bedtime? Tell us your ideas in the comments!