DO PEOPLE ONLY LIKE ME BECAUSE I WON SOMETHING? 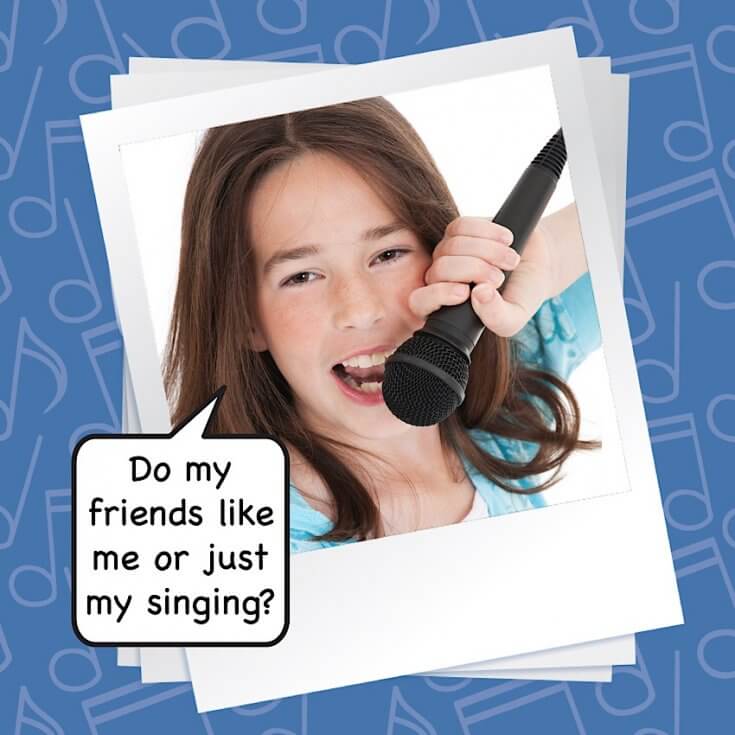 I’m getting tons of attention at school now that I’ve won the eighth grade singing competition. A bunch of CCPs have asked me to sit with them at lunch, and you won’t believe what happened next… MY CRUSH ASKED ME TO HANG OUT WITH HIM! The only thing is that they never noticed me before I won the competition. It was like I was invisible or something, but now they’re all acting super nice and stuff…is that normal?

Well first of all, congratulations on winning the singing competition. That’s so cool! You must be really talented.

But, I can see your problem.

I mean, on one hand, the singing competition made people notice you. Plus you probably worked really hard and you’re super-talented. However, you may wonder why they never noticed you before.

It makes you wonder if they’re sincere, and if they’d still want to be your friend if you hadn’t won the contest. If the answer is no, then why would you want to be their friend now, right?

Everyone needs to know that there’s a lot more to you than just your singing talent or whatever fame you’ve got going on right now. If you’re confident about sharing who you are aside from singing and ready to show what makes you a great friend, maybe this is an opportunity you can use to build some relationships. Sure, it took the singing competition for these friendships to start, but there’s no reason they can’t succeed now.

But if people aren’t sincere, that’s another thing. You don’t need people who only want you for your fame. I think it’s probably not super hard to tell who those people are. Like, if all they want to talk about is the singing competition, or if they only want favors from you, they’re probably just users. But usually, you can just give people the benefit of the doubt. Most people aren’t horrible, in my opinion.

Though I will say, if you already have an established group of friends, don’t dump them to go running off with the CCPs. I mean, I’m sure you wouldn’t, but I just want to put that out there. Because that would NOT be cool. The friends you had before the singing competition like you for who you are, singing or no singing. So they should be your top priority.

I hope this helps. I also hope you enjoy your talent and the fame it has earned you. Don’t hesitate to dump people who are just using you, but be open to some genuine new friendships, too.

Okay readers, have you ever become famous for something totally awesome you did and people suddenly wanted to be your friend? What would YOU do if you were in Singing Sensation’s shoes?