Help! My BFF is crushing on my crush!! 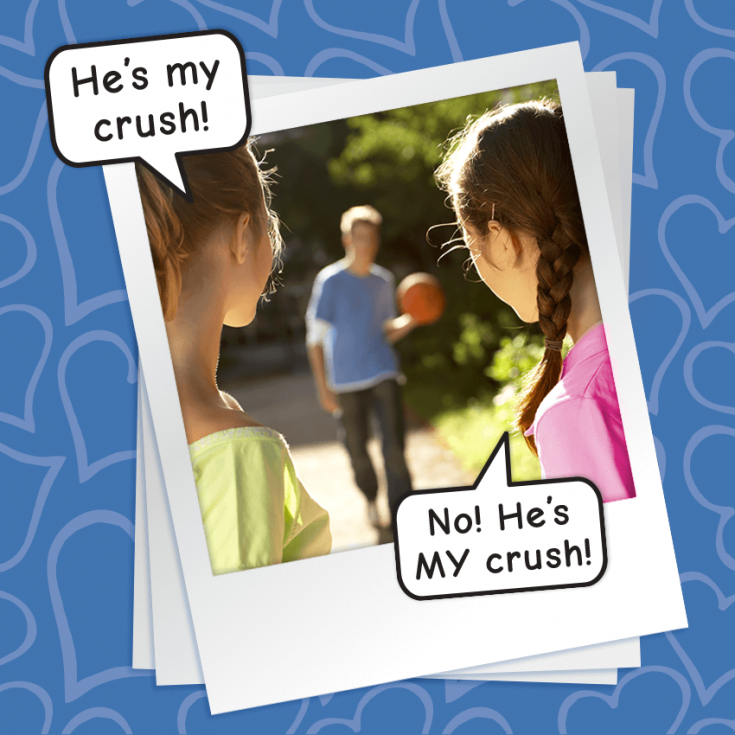 Dear Brandon,
OMG! I just found out that my BFF and I are crushing on the same guy. What should I do?

Sounds like you’re in a really tough situation. Usually, I say “lads before ladies” (even though I’m not British, and the only “ladies” I know serve sloppy joes at lunch). For girls, that would be “sisters before misters,” meaning friends come first.

It would definitely make things easier if you both agreed to crush on other guys.

Then there’d be no weirdness, and you wouldn’t get into situations where you try to one-up each other in front of him.

(That would probably just backfire anyway. He likely won’t be impressed that you have 17 more Facebook friends than she has, and she can hold her breath under water for 23 more seconds than you can.)

But if you really like this guy, maybe you could both agree that if you find out he’s into one of you, the other one will back off and there will be no hard feelings.

That probably won’t be easy. The one he doesn’t like could end up feeling sad, insecure, and jealous.

And it could end up ruining your friendship over something that really might not be worth it. While the girl I like right now is pretty special, I’ve had sandwiches for longer than some of my past crushes – so I’m definitely glad I didn’t wreck any friendships over those!

If both of you decide to back off, you could look at it this way: this situation just proves what amazing friends you are. You have so much in common that you even have the same taste in guys!

I know it won’t be easy to figure out which one of these two things you should do, but it will be easier if you ask yourself this one question: What’s more important to you? Your friendship or your crush?

Once you answer this, you’ll both know what to do.

I hope this helps a little!