MY BFF BLABBED MY BIG SECRET TO THE WHOLE CLASS!!! 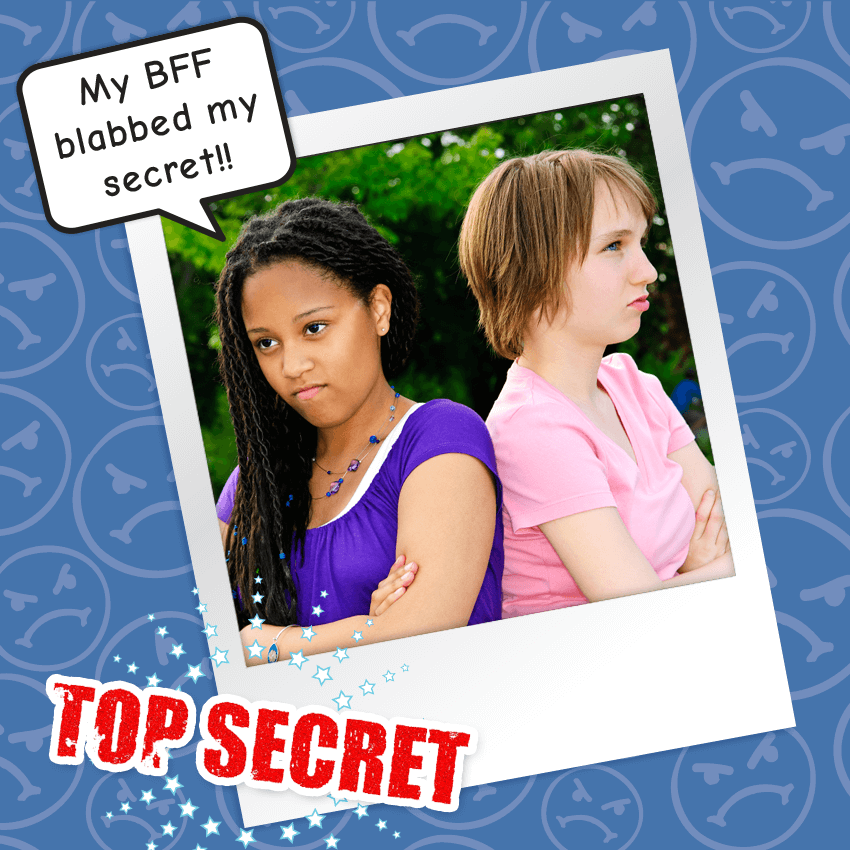 OMG!! My ex-BFF just told my whole class who my crush is! I know who HER crush is and I really want to get back at her…but I don’t want to make her feel the same embarrassment I do. What should I do??? I need advice pronto!!

Cat Out Of The Bag

Hey Cat Out Of The Bag,

Okay, it’s REALLY crummy she did that. I’m really sorry.

I think your instincts are good. You don’t want to make her feel the same embarrassment. So, as tempting as it might be to lash out and give her a taste of her own medicine…what good would that really do? Then you’d both feel awful. And I can pretty much guarantee that blabbing her secrets would NOT make you feel any better.

It might even escalate things further. I don’t think she was trying to hurt you in the first place. But if you revenge-blab, she might do something else to embarrass or hurt you. And then you guys could get stuck in an awful cycle.

If you keep that information to yourself, you can feel like a good person. It’s the whole “treat others how you’d like to be treated” thing. And no, she didn’t do that to you. But you don’t want to put more negative stuff out into the world. Eventually, it’ll come back to haunt you.

So, here’s a question: Is this the reason she’s your ex-BFF? Your friendship broke up when she blabbed about your crush? I mean, I could understand if it did. But, I also wonder if you’ve tried to talk to her about it. If you’ve been friends for a while, this may not be worth losing a friendship over. I know you’re really upset now. But just…give it some time. Maybe give her a chance to explain?

Also, are you SURE she blabbed to the WHOLE class? Maybe she told one person. Who told another person…who told another person, etc, etc. And that’s crummy by itself. But, sometimes people blurt things out and then totally regret it. I know I do. Haven’t you ever done that? Again, try to ‘treat others how you’d like to be treated.’ Unless you want to lose friends when YOU make one mistake, you might reconsider dropping her entirely.

But, maybe you just can’t get past it. Or maybe the friendship ended for other reasons. The other piece of your problem is that you were embarrassed when the whole grade found out about your crush, right?

Look, in the time it took me to get this letter, respond to it and get it up on the website…it might have blown over. But, let’s still talk about it, to help any readers who might be dealing with this right now.

So, people find out who your crush is. What then?

I think this is a case where you’re the one who can give the situation power or not. If everyone finds out who your crush is and you freak out and drop your BFF and hide in the bathroom and just generally make it a huge thing…it WILL turn into a huge thing.

If you shrug and say, “Whatever,” or laugh and say, “What? He’s cute!” or just generally ignore the gossip, it’ll become a really boring piece of gossip. People will move on. I promise.