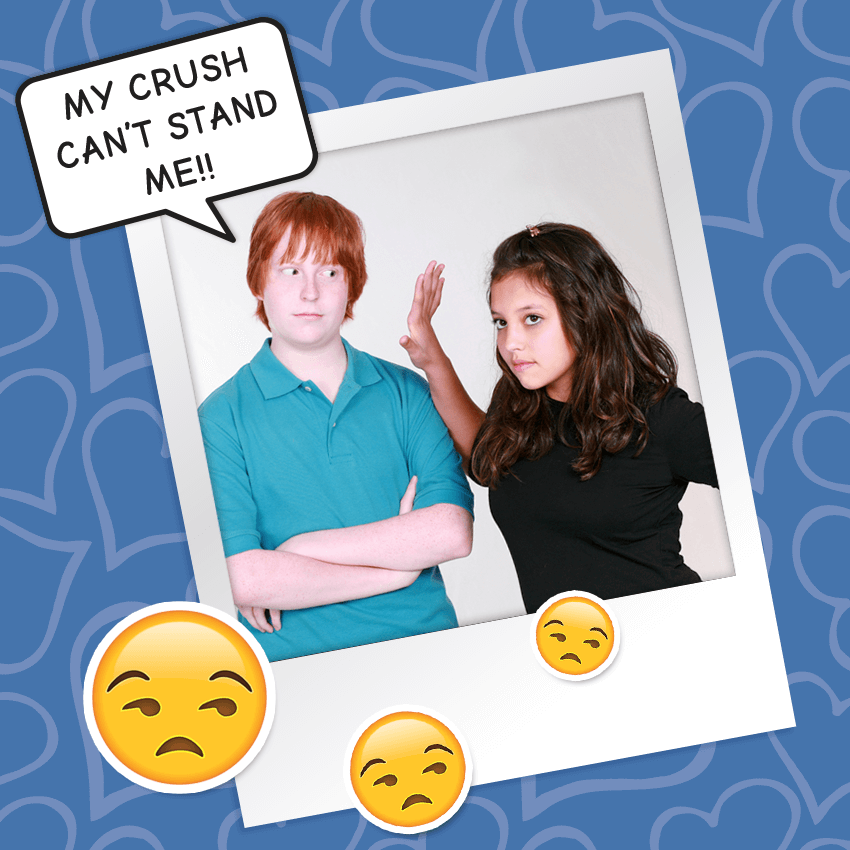 I really like this girl at my school. But, whenever I try to approach her, sit with her during lunch, or talk to her, she keeps telling me to knock it off and stop being annoying. Plus, whenever she’s around her friends, she just ignores me! Am I really annoying like she says? Should I give her more space and time? Or, should I just quit trying to catch her eye? Help me!!

Hey.
Okay, the answer is really simple: Leave her alone.

It’s not that you’re a bad guy AT ALL. You might be a fantastic guy. But it sounds like she’s been really clear. It’s not just that she’s ignoring you (though that’s a sign right there she’s not interested) – she’s also said to knock it off and stop being annoying.

So look, her choice of words isn’t all that great. It seems like she’s really upset about you trying to talk to her. Or, she might just want to spend lunchtime hanging with her friends. Whatever the reason, she doesn’t owe you anything. That means you have to listen to her and let it go.

Because, here’s the thing (and this is true for ANY dude crushing on a girl that seems annoyed by him): it doesn’t matter if you’re a nice guy, you like her and you’re sure she would like you too if she gave you a chance. SHE made it clear that she’s not interested in getting to know you.

Movies show us these examples of guys pursuing girls who are not into them, but the guys keep trying and trying, and then one day, magically, they win the girl over. But that’s not real life. And in real life, it’s frustrating for girls to have to keep telling guys they’re not interested. As we get into high school, it can even be scary for girls, since guys tend to get physically bigger. And an angry, stalker-ish guy can be a threat.

You’re a smart guy to see this as a potential problem and ask for advice. High fives to you for that! But, now you have to trust that she means what she says when she tells you to leave her alone. Maybe one day she’ll realize she missed out, or she’ll change her mind. But don’t hold out for that. By then, you’ll probably have moved on to someone who treats you better anyway.

Believe me, it’s always more fun when they like you back! I hope that helps.