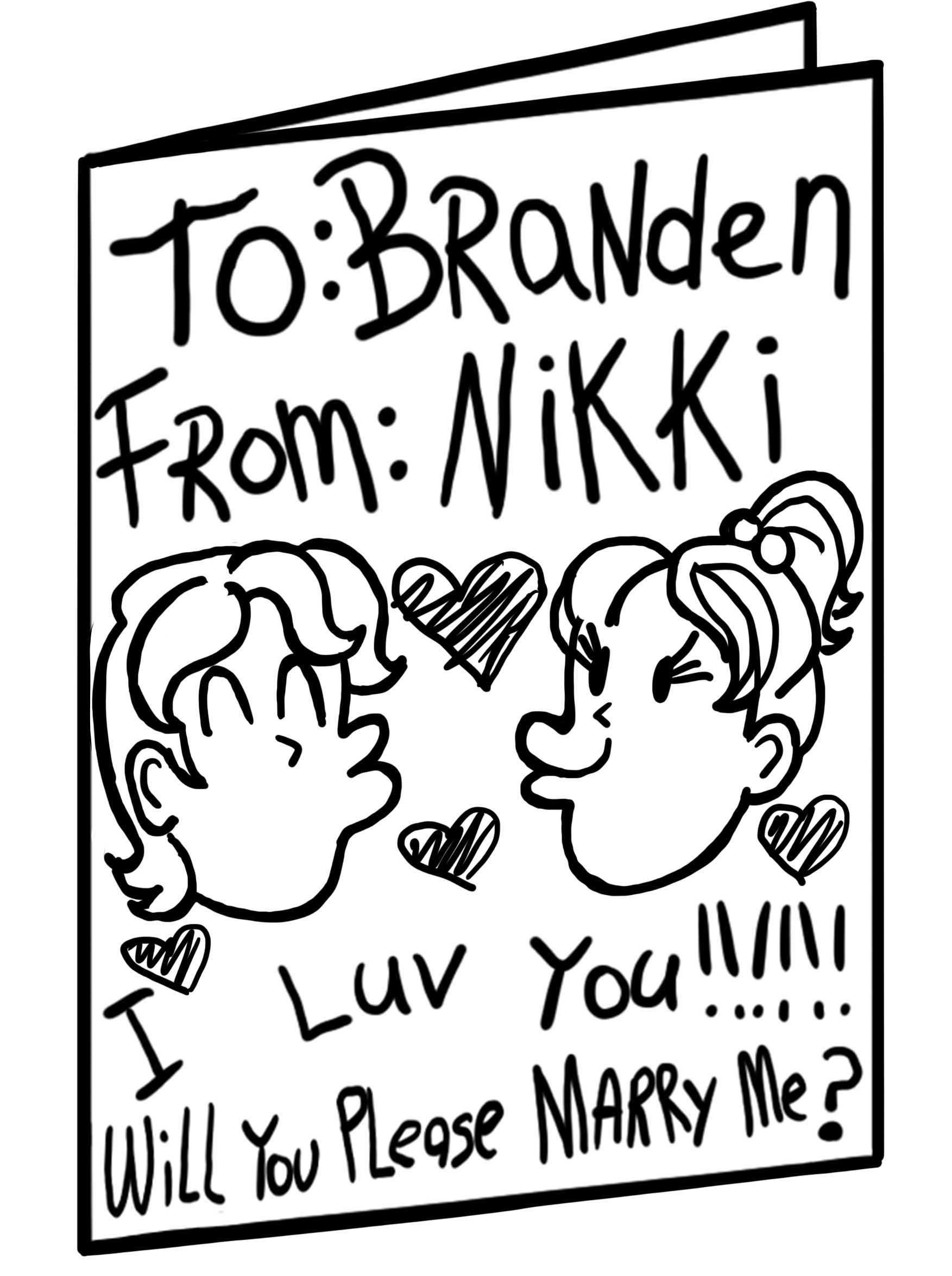 Ah, winter vacation—when I get to completely relax, with no stressful assignments. NOT!!!!!

On the first morning of break, I stumbled into the kitchen and found every member of my family looking WAY too awake.

“What?” I peeked over my shoulder to see if they were staring bug-eyed at someone else behind me.

“We have some exciting news,” my mother said over Brianna’s shrieks.

“Bri-bri,” my dad said. “Be quiet so your mother can tell Nikki.”

I grabbed some cheese doodles and sat down at the table. My mother raised her eyebrows but didn’t object to my choice of breakfast. That’s when I knew I was NOT going to like whatever was coming next.

“We’re going to do Secret Santas!” my mom announced and Brianna started running circles around the table, waving her hands in the air.

My dad cleared his throat. “Brianna had so much fun doing Secret Santas with her ballet class that she suggested we do it here as a family.”

I stared at him, then my mother. “She had fun with her ballet class because Amanda Hollister was her Secret Santa! She got way better gifts than she’ll ever get from you guys.”

My mother totally agreed with me—I could tell. “We’re going to give it a try. Between now and Christmas, you do at least three special things for the person you pick, without telling them who you are.”

Before I could argue, they all grabbed a slip of paper from the center of the table. Brianna shrieked when she read hers and then grinned at me like a maniac. Then she did this totally-not-obvious thing where she looked everywhere but at me and tried to whistle.

Gee, I WONDER who my Secret Santa is??

I got my dad. Which is better than if I got Brianna!! But what do I do for my dad??? I already made his Christmas present – an awesome double-sided picture frame that can hang from the mirror in his van, with pictures of me on one side and Brianna on the other. Cool, right?
But now I have to come up with THREE. MORE. THINGS.

Okay, so the next morning I got up and went to the bathroom. When I returned, here’s what I saw: My bed COVERED with cheese doodles. Not a BAG of cheese doodles on my bed. NOPE. At least a hundred of the crumbly doodles themselves, smearing their weird orange powder all over my bedspread and sheets.

And there was Brianna, standing in the doorway. “Oh wow,” she said, her eyes wide. “How NICE that someone did something SO SPECIAL! They brought you BREAKFAST in BED!!!”

And that’s not even the WORST “special” thing my Secret Santa did!! Later, I was chilling on the couch, watching a Christmas movie, when I got a text from Brandon. My heart did that googly flip thing it does when Brandon texts and I turned ALL my focus to my phone.

Hey, Nikki. Um…thx for the card?

Suddenly I wondered if the cheese doodle incident had messed with my brain, because I didn’t remember sending Brandon a card. But I wrote back.

What else was I supposed to write? The screen showed him typing for a really long time. When the message came through, though, this is all it said:

It’s really from you?

Now I was panicking. What was he talking about? Did some other girl send Brandon a card and he assumed it was from me? What did it say?

Then a picture text came through. It was an envelope with messy handwriting that said:

My fingers froze. I didn’t even know how to respond. Then he sent another picture of the inside of the card. I feel nauseous just writing this…

“BRIANNA!!!!!!” I went tearing up the stairs to make myself an only child, but my mom stood in front of Brianna’s bedroom door.

“You don’t even know what HAPPENED!!!”

“Yes, I do. She told me. She was proud of coming up with something that she thought would help your friendship with Brandon.”

OMG!!!! My life is SO over!!! Did she think I WANTED to be completely HUMILIATED???

“She meant well,” my mom sighed. “Just explain to Brandon.”

So I texted Brandon and told him the card was “FRUM” Brianna, which I guess he figured. But I was still SO mortified!! So then I texted the rest of the afternoon with Chloe and Zoey about whether or not it’s illegal to sell a little sister on the internet.

And NOW I just realized I STILL haven’t figured out anything more to do for my dad and there’s only a couple days left until Christmas!!!

So what do you think? Any ideas for my dad?? And ALSO – how do I deal with Brianna? I know she meant well. But I AM STILL GOING TO KILL HER!!!!!