WHEN YOU’RE NERVOUS ABOUT GOING TO A PARTY 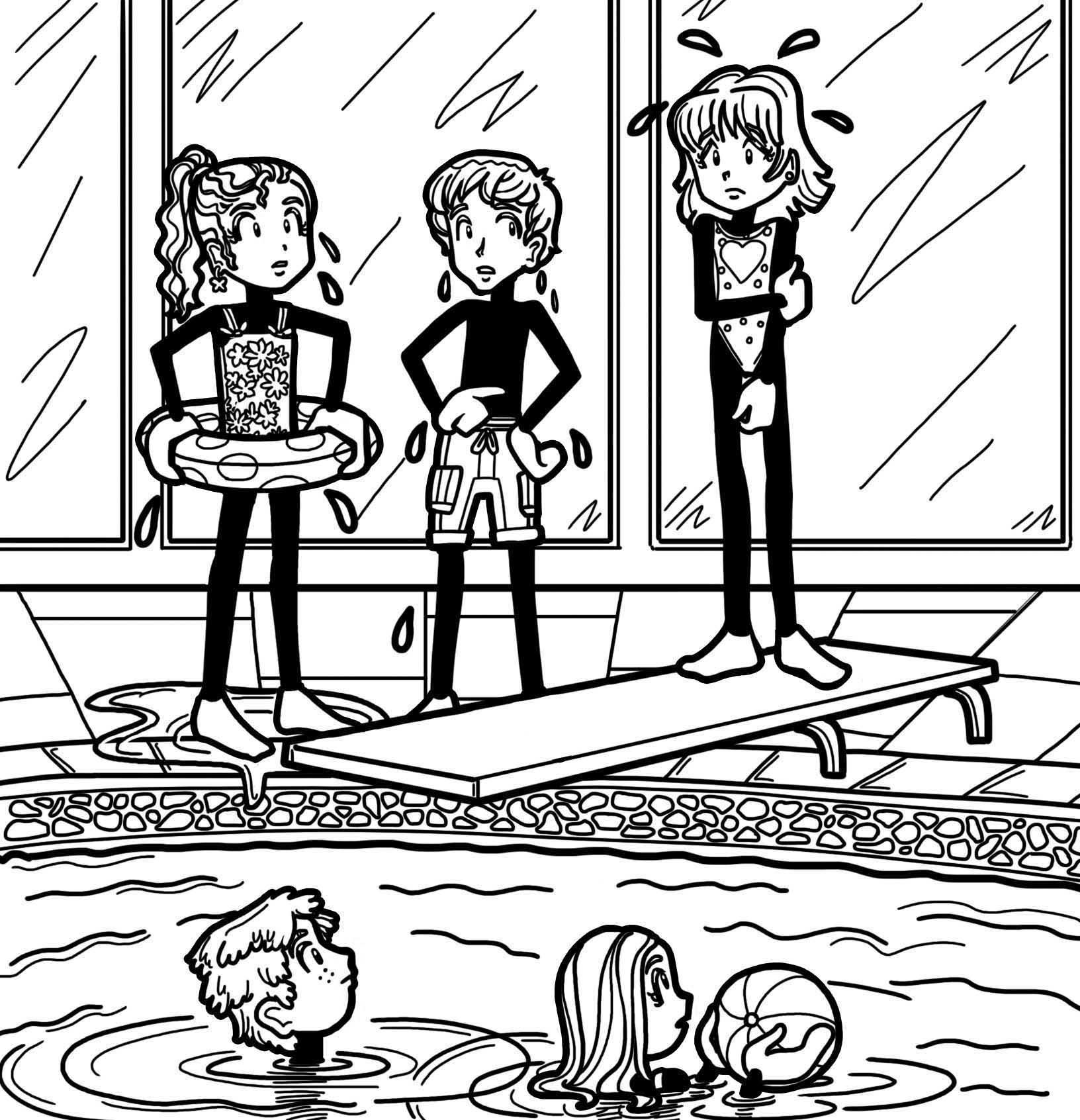 OMG Nikki! My friend, a popular girl, just invited me to her pool party. And guess what! My crush (also my friend) is going to be there!

My parents are kind of over-protective, so could you please help me convince them to let me go? And, how can I have a good time without being awkward when playing pool games?

Hi Roshe! That’s so cool that you’re going to a pool party in the winter. I stink at swimming, but still, I would MUCH rather be sitting in the shallow end than sloshing through snow in boots bigger than MacKenzie’s hair. (And her hair is HUGE!)

I TOTALLY get why you’d feel nervous since your crush AND the popular kids will be at the party. But the good news is, pool games aren’t usually all that tough.

It’s not like that ridiculous gym class when my teacher made me swim to the bottom of the pool to pick up a bunch of rings, while she watched and yelled at me to hurry up…like I was one of 10 trained seals, and she’d bet all her money on me!

You’ll probably be doing stuff like water volleyball and Marco Polo. And NO ONE will know if you’re awkward in Marco Polo…you play with your eyes closed.

OK, so volleyball can be a little nerve-wracking (especially if you serve like a monkey with a broken arm, like I do!) But I bet NONE of the kids will be Olympic-trained pool game athletes, so no one will probably notice or care if you’re not all that good!

As for getting your parents to let you go, you can actually apply three of the same skills you’ll use for the water games!

Just like you’ll probably hide when someone yells, “Who wants to serve the volleyball first?” you should probably hide that YOU think this is a party they might not want you at.

They DEFINITELY won’t give you permission if you ask them like this: “I know you probably don’t want me to attend, but I REALLY want to go to this boy/girl pool party that’s against Code 1, Section 4.5 in the Overprotective Parent Handbook!”

Instead, ask like it’s no big deal: “My BEST FRIEND invited me to this small gathering she’s having, and I’m so excited to spend some time with her! Is it okay if I go for a little while?”

If you make it sound like no big deal, they’ll probably be more open-minded!

Even if you’re the worst player on the volleyball team, you can STILL win with a little teamwork. (Unless you’re on a team with a BUNCH of awkward kids…then you’re all going down!)

In the same way, you’ll have a lot more luck getting permission to go to this thing if you make your parents feel like you’re on the same team.

For example, you could say, “If you want to meet my friend’s parents first, that’s cool with me! Let me know so I can set it up!”

It’s the best way I know to get out of playing ANYTHING you don’t want to play: shout, “I’ll keep score!”

And it also works really well when you’re trying to convince your parents to let you do something.

Remind them of all the good things you’ve done lately. (Washed the dishes yesterday—1 point! Helped your sister get ready for bed—2 points! Finished homework by 4:30 every day—5 points!)

Just be sure you do it in a calm, mature-sounding way. (This will TOTALLY backfire if you whine, “But I did so much! Come on! Let me go!”)

That’s all I got! What do you guys think? Do you have any advice for Roshe?