WHEN YOU CAN’T FORGET ABOUT YOUR CRUSH 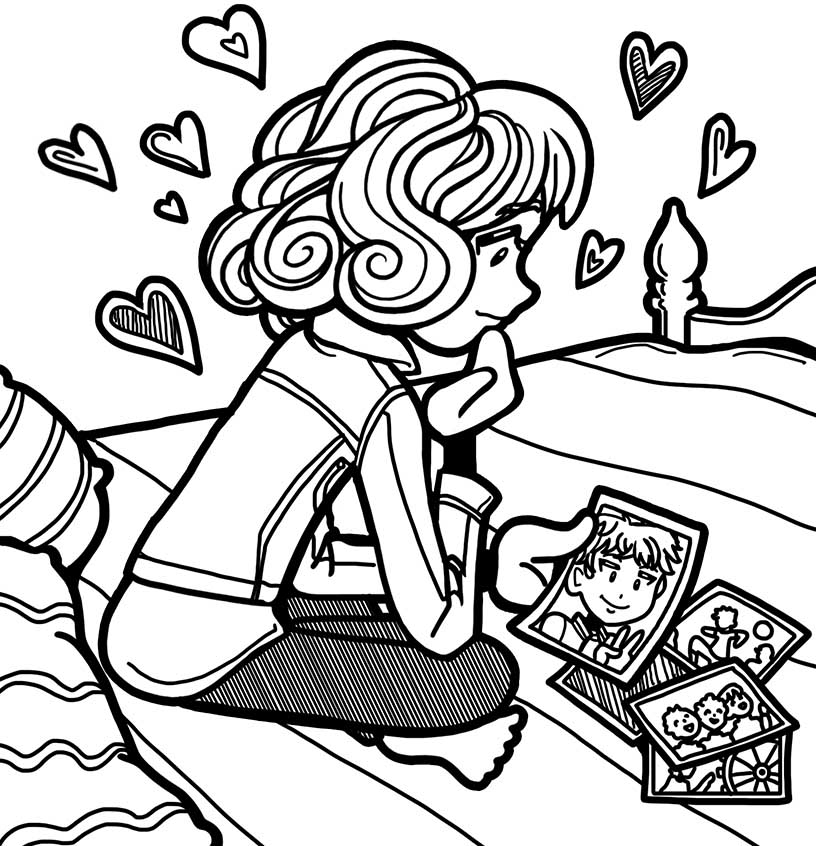 There’s this guy I really like, and I want to get to know him more, but he keeps ignoring me. Also, I’ve heard he likes two popular girls.

I thought about just forgetting him, but I can’t seem to get him out of my mind. Help!!

Hi Nisa! I can totally relate to you on this.

Sometimes it’s like my brain TV is tuned to Crush Central all day, and I can’t find the remote ANYWHERE, not even between the couch cushions.

(Because in my brain, there’s this super comfy purple velvet couch where all my neurons hang out. It’s so chill in there!)

The easiest way to get over a crush is to focus on a different one.

Since she’s usually right about this stuff, I think maybe you should find something else exciting to focus on.

You could try a new hobby (I recommend art!), or plan something fun with your friends, like an epic dance for next year’s talent show.

It would probably also help to get rid of stuff that reminds you of him, like pictures or pieces of notebook paper where you doodled his name and tons of tiny hearts. (Or is it just me who does that??)

If you’re Facebook friends, you might want to unfollow him so his stuff doesn’t show up in your feed.

And it would probably help to see him as little as possible…so no more tying your shoe for 10 minutes in front of his locker before your first class!

Lastly, try not to talk to your friends about him. I know, it would probably be easier to stop saying the word “the.” (It’s in like every sentence! OK, not that one, but you get THE point!) But the more you bring him up, the more he’ll bounce around in your brain when you REALLY don’t want to think about him.

It might take a while to get him off your mind, but if you do all this stuff, you’ll be able to switch your brain channel in no time!

What do you guys think? Do you have any advice for Nisa?