My Holidays Used To Be Fun Until…!! 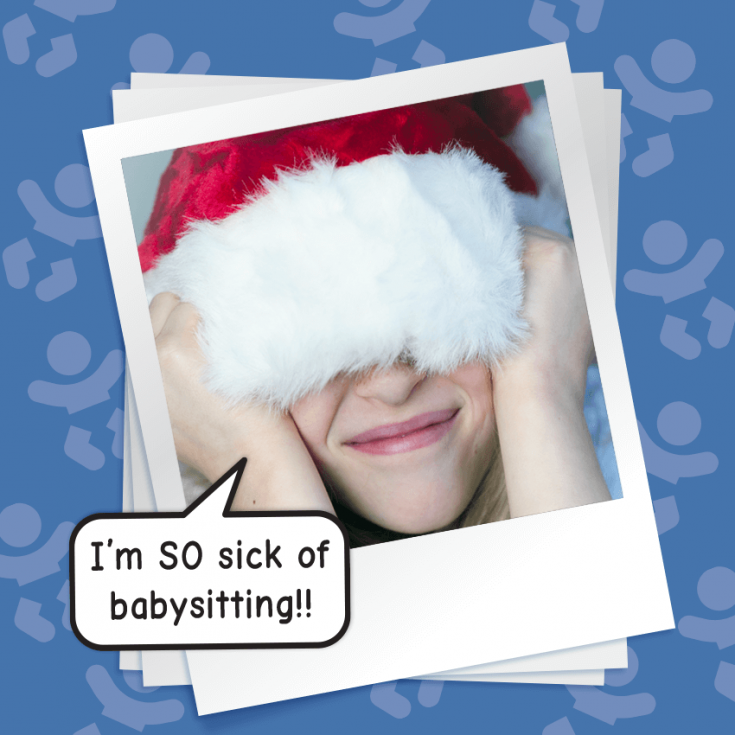 I used to enjoy the holidays, but after last year I’m starting to feel more like a grumpy “Grinch.”

Since I’m the oldest kid in my family, it seems like I’m always stuck babysitting.

I have to watch my younger brother and sister (and sometimes even my cousins) while the adults in my family do things like shop, go out to dinner, and attend holiday parties. And, it’s happening again this year, too! Bah Humbug!!

I’d love to hang out with my friends and have a little fun too! What should I do?

It sounds like your family has forgotten that you’re not their worker elf, and you have a life of your own.

It’s probably because they’re spending tons of money on shopping and dinners, so they don’t want to pay for an actual babysitter.

Before you turn green and make the full transition to the “mean one” (Mr. Grinch), try these two things to make them see the (Christmas) light.

And now, here’s one piece of advice for when you get stuck babysitting.

You mentioned that you used to enjoy the holidays, but all this forced child labor is turning you into a mini-Scrooge.

I’m sure it’s not always fun to be stuck at home with your younger siblings and cousins, but maybe it can be sometime.

You could plan a holiday movie night. If you’re artistic, you guys could work on some kind of Christmas crafts. (I know this girl who makes all kinds of awesome art projects. I’ll see if she has any ideas!)

You could even ask your parents to let you invite a friend as a co-babysitter. They might say no to that one, but if they do, maybe you can Skype babysit together.

I know it’s not the same as actually hanging out with a friend, but at least you’ll have someone to talk to who doesn’t need you to wipe their snot or fill their sippy cup with juice.

Hey readers, what fun things do you have planned for the holidays? Do your parents ever ask you to babysit around this time of year? Any advice for A Not-So-Merry Christmas?