MY FRIENDS ARE GOSSIPING ABOUT MY OTHER FRIEND! 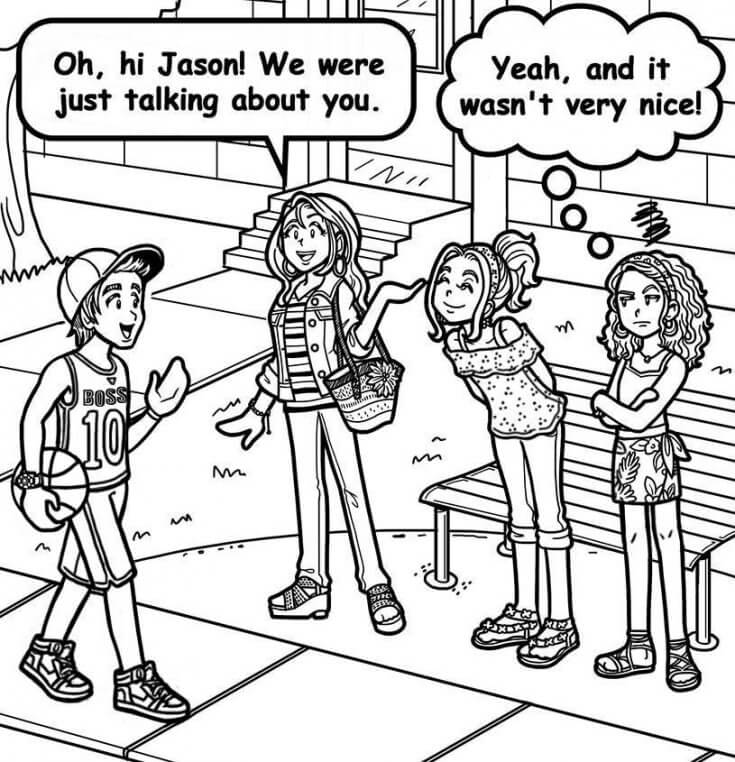 Dear Nikki,
My friends and I have always been very close, but my two best friends have been gossiping about one of our guy BFFs behind his back. He loves sports, and they don’t like sporty guys. They also say that he’s not very cute. I’m afraid of telling him, because I’m worried that it will hurt his feelings! What should I do? Should I tell my friends to stop, or tell him what’s happening?

Oh boy, being stuck between friends is SO tough! And this is weird, because it’s not like your friends are in a fight. But YOU know that some of your friends aren’t being cool about your other friend.

I thought about this one for a while, because it’s such a difficult situation. I can understand why you’d consider telling him. I bet it feels like you’re not being a loyal friend to him if you just stand by while they badmouth him.

As I was thinking about this, I remembered something random. My kindergarten teacher had this sign in her classroom that I have never forgotten. It said, “Before you speak, THINK” and then THINK was written up and down like an acronym where each letter stands for one word, right? And it went like this:

Is it True?
Is it Helpful?
Is it Inspiring?
Is it Necessary?
Is it Kind?

It’s totally cheesy, but I can’t tell you how many times I’ve thought about something I wanted to say, and put it through this test and avoided putting my giant foot in my mouth!!! (Thanks, Mrs. Darcy! Between the finger painting and this lesson, you were a pretty great kindergarten teachemmr!) I can’t claim I always follow this, because sometimes stuff just comes out of our mouths, right? But this sounds like a case where you ARE thinking about what to say, so it’s a perfect time to run the situation through this test.

So yeah, it’s true that your friends are badmouthing this other friend. But telling him is probably not helpful, inspiring, or kind. The only one I think you could consider is necessary. If there’s some reason he needs to know this. But…I can’t imagine what that could be.

The fact is, telling him would probably just hurt him. 🙁

So I think the better way to deal with it is to talk to the badmouthing friends. Tell them to knock it off. Ask how they’d feel if they knew he was talking about them behind their backs. Hopefully they’ll realize what they’re doing and stop.

If not, maybe you walk away any time they’re badmouthing him (or anyone)—not as like a punishment, but just because you’re not willing to be a part of it. Hopefully they’ll come around.

He’s really lucky to have you as a friend. And they are too—we all need friends to call us out sometimes!

How do you handle it if friends are badmouthing other friends? Tell us in the comments!