MY CRUSH IS LOSING INTEREST! 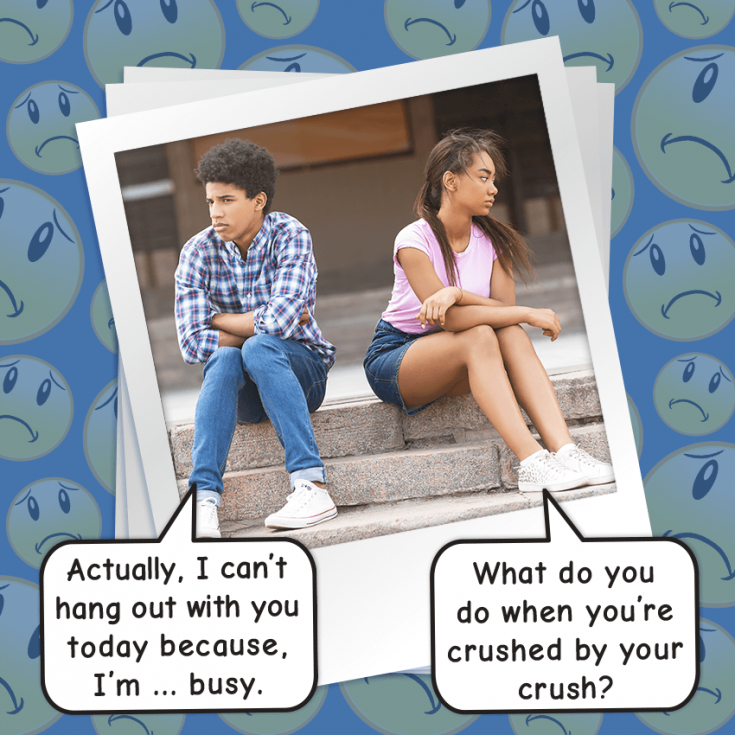 HELP!! I’m SO confused! My crush used to be really nice to me, but now he seems uninterested in what I say or do. But when I ask him if he doesn’t like me anymore, he acts like I’m crazy and nothing’s wrong. I really need some advice!

Crushed By My Crush

What’s Up Crushed By My Crush,

Hey, I’m really sorry you’re feeling this way. Things are always the most exciting with a crush when the friendship is new. But you should never feel like someone who cares about you is completely uninterested in you!

Your crush doesn’t sound like he’s sensitive if he makes you feel like you’re crazy for telling the truth about how you feel. It doesn’t mean all is lost, but it definitely sounds like he needs to be a better friend and consider your feelings.

Sometimes people change and drift apart. Unfortunately, this can happen in friendships that involve crushes. It’s really uncomfortable, but everyone really needs to be honest about their feelings and where they stand.

It sounds like you’ve tried to have the hard conversation, asking him what’s up. But maybe he felt defensive, or hadn’t really figured out his feelings when you asked. Truth is, he might be confused as well!

Here’s what I think you DON’T need to do: change anything about yourself. It might be tempting to try to make yourself more interesting and get his attention back. But even if it worked, you don’t want to constantly be putting on a show and pretending to be what you’re not to keep his attention. He should like you for who you really are, not who you are when you’re trying to get his attention.
The same thing is true with your other friends. There’ve been times when I’ve tried to be who I thought friends wanted me to be, and even if it works for a little while, it’s exhausting. It makes you feel fake, and you wish they liked who you really are.

I think you should try to talk to him (again), and be really clear about what you’re asking. Explain how you see him acting differently and how it makes you feel. If he says nothing’s wrong, it’s okay to push a little and say things really feel different to you. If he’s just making you feel bad, then it might be time to find a new crush.

It won’t mean you failed at the friendship. It won’t even mean he failed, except maybe sort of at communication. It’s just part of life. But the more communication skills you build in a relationship, the better for all your relationships in the future – friendships, crushes, and even family.

How do you handle it when a friendship or a crush drifts apart? Tell us in the comments.