I’M THE ONLY ONE WITHOUT A PHONE!! 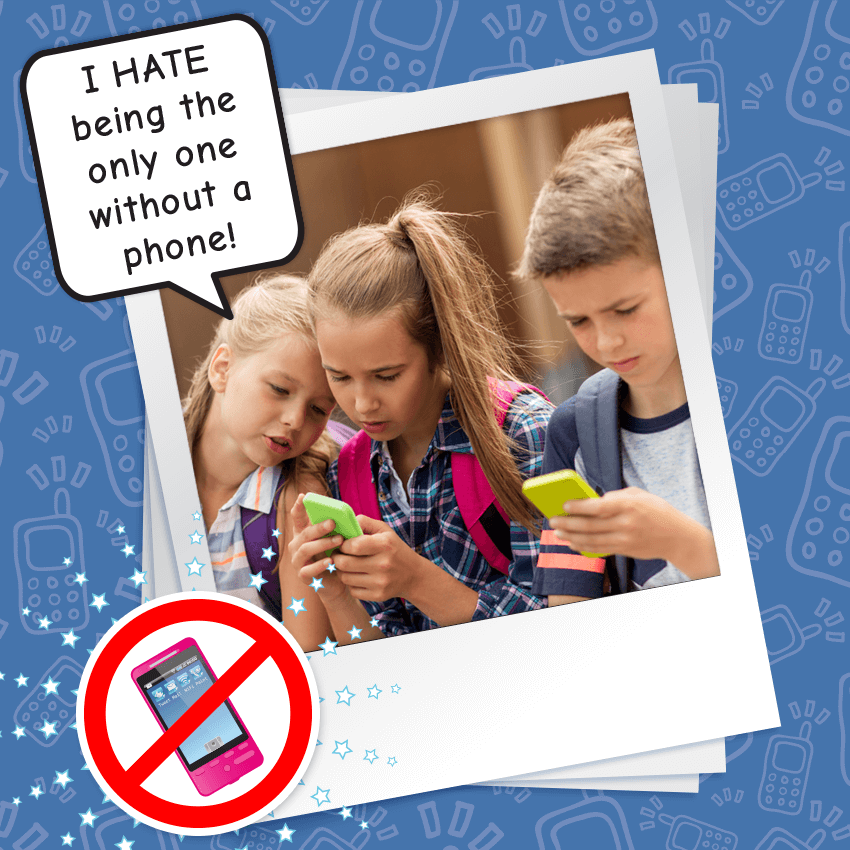 Hey Brandon! I have a HUGE problem. My class is going on a NASA field trip, and we’re allowed to bring phones. But the thing is, I don’t have one! It seems everyone is excited about being able to bring their phone and I’m pretty sure I’ll be the only person without one! HOW EMBARRASSING IS THAT?! So, now I don’t know how I’m going to live this down. Maybe I should fake that I’m sick on that day, but I’ve never done that and my parents paid a lot of money for that field trip! UGH!!

First of all, a NASA FIELD TRIP? Soooooo cool! I’m totally jealous. Have you seen the movie Hidden Figures? It’s amazing. I really recommend it.

Okay, sorry. Back to your problem. 🙂

The first thing I have to point out – and I’m sorry, this is totally a parent thing to say, but it’s also true – you will not be the ONLY one without a phone. Whenever someone says, “But everyone else is doing it/has one/is allowed to!” it’s just…not true. I get that it feels that way. I’ve been there. But all parents have different rules. Some let their kids have phones in elementary school, some in middle school, and some in high school. I GUARANTEE your parents aren’t the only ones who haven’t let you get a phone yet.

So, what should you do about it? Well, you should definitely NOT fake sick and miss such an amazing field trip. Seriously. Think about all the kids who’ll never have a chance to visit NASA, and go for them. Go for ME!

You could ask one of your parents if they would let you take their phone for the field trip. That way you could take pictures and send them texts about the cool stuff you’re doing and make notes on things you want to research later.

But even if that doesn’t fly, everyone is going to be so busy seeing and doing all the cool things at NASA that they’re not going to pay attention to each other’s phones. I’m guessing you might be worried about the bus (or however you’re traveling there). Because yeah, people might pass the time by playing on their phones/tablets/whatever. But, you know what? Most people are really into their own electronics. And, they feel proud when people show an interest in them.

So, here’s what you do: Admire other people’s phones/tablets/etc. Show an interest in what apps and games they’ve got, and complement them. They’ll be pleased by the attention and won’t care that you don’t have your own electronic devices.

Another approach you could take is bringing some things for the ride that will be fun and interesting to other people. Cool comics. A fun card game. Goofy Mad Libs. CANDY.

But, you shouldn’t have to bring fun distractions to keep people from noticing you don’t have a cell phone. People who would judge you for not having certain electronic devices are shallow losers. You don’t need them.

If anyone DOES comment on your lack of electronics, I don’t think it’s something you have to live down. It’s not YOUR choice, after all. If someone says, “Dude, why don’t you have a phone?” just shrug and say your parents won’t let you. Don’t let it be a big thing. Like I said before, you’re NOT the only one. You really aren’t.

Then change the subject to all the awesome things you’re excited to see and do at NASA.

Oh, and come back to the comments to tell us what you saw and did. I can’t wait to hear!

Friends, how do you handle it when you feel like the ONLY one who doesn’t have something or isn’t allowed to do something?