I’M THE MEANEST OLDER SIBLING EVER! 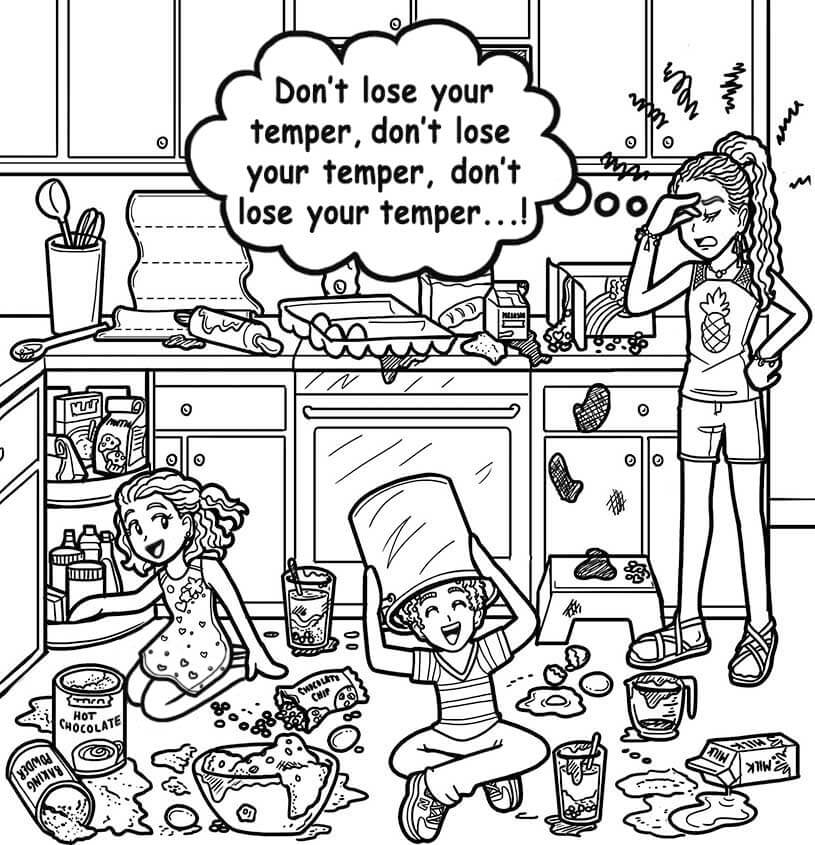 Sometimes I’m really mean to the people I love and it doesn’t make any sense! For example, I get mad at my siblings for doing stupid stuff, and I yell at them a lot. But, when I see OTHER kids doing the same stuff, I try to politely correct them. I feel guilty because, like, shouldn’t I treat my OWN family members the same way? Maybe it’s because I’m more comfortable around my sibs, and that makes it a lot easier to blow up at them…I don’t really know. But I do know that I need your help, ASAP!

I Need An Attitude Adjustment

Dear I Need An Attitude Adjustment,

This is SUCH a relatable question! OMG!!

I mean, I’m CONSTANTLY ranting about how a bratty Brianna is. But when someone else’s annoying little sibling acts the same way, I think they’re adorable. Or like you said, I politely correct them.

I think what you said is right: You’re more comfortable with the people you love. And it’s not because that makes it easier for you to be mad at them. But I think it makes it easier for you to express your true feelings. With people who aren’t our family or close friends, there will always be an extra layer of acting the way we’re “supposed to.” But with the people we love, it’s safe to let our true feelings show, because we know those people will still love us, even if we yell at them.

It’s this weird thing where we should want to treat people we love with more care and respect than anyone else. But at the same time, we also want to be completely real with them. And we’re not perfect. So being real can sometimes include being mean, selfish, or short-tempered.

But, that’s still NOT permission to be a jerk, just because your family has to love you no matter how you treat them.

I think it’s important to remember that even if you lose your temper, that’s not the end of the interaction. Once you’ve cooled off, you go back to the person you hurt and apologize. You tell them you were out of line and you’re going to try to do better. Even when they’re younger than you. Maybe ESPECIALLY when they’re younger, since it’s good to show little kids how to take responsibility when they’re unkind.

And then you really do try to do better.

But then, when you screw up again—and let’s face it, WE ALL DO—you apologize again.

Also, since it sounds like we’re talking mostly about younger siblings here, it helps to remember they’re younger. They’re less mature. They don’t have impulse control. Like, their brains are literally not completely formed yet. (Ours aren’t either, but our brains are more formed than theirs.)

A little internet research will help you learn what’s normal behavior for a five-year-old, seven-year-old, or nine-year-old. It somehow helps to know when a behavior is just a normal part of how a kid is developing.

For example, seven-year-olds are past the age of tantrums. BUT they are becoming more independent, and as they do that, they test more boundaries. So talking back and lying are SUPER normal behaviors at that age. Again, NOT a free pass for them to be deceitful little jerks. But for me anyway, when I know something is just normal for a kid’s age, it can help me be more patient.

After all, I wouldn’t yell at an old person who couldn’t get across the road fast enough. Even one I know well and love. Like, they’re old. They just need more time. We might get a little annoyed, but we deal.

So, be realistic about what’s normal behavior. Try to be more patient if you can. But accept that you will lose your temper sometimes. Just own up to it and apologize when you do. I think those are the main steps.

How do you handle your temper around your siblings, or other people that you care about? Let’s talk about it in the comments!