HOW DO I TELL MY FRIEND SHE’S BOSSY? 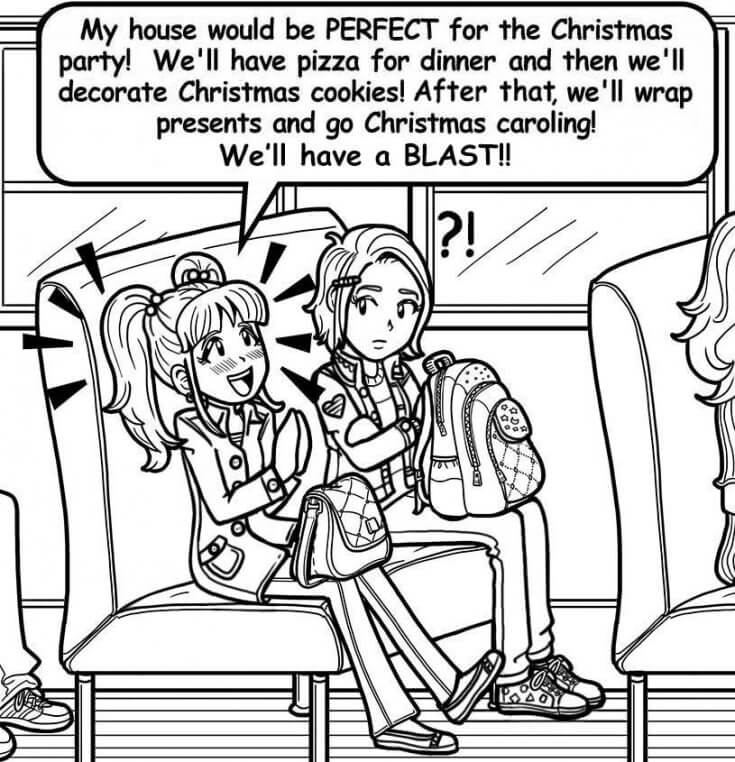 Hey Nikki. My friend and I just came back from a big school field trip. On the way there, she hogged our whole conversation, and she hardly listened to me. Then on the bus ride home, she decided where we’d have our Christmas party without asking me what I thought. I really wanna tell her how frustrated I am, but I’m scared she won’t wanna be friends anymore or she’ll yell at me! What should I do?!

Yikes! That sounds super hard. I’m SO sorry you’re in this frustrating situation. I’m guessing that one reason why you like this friend is because of her big, take-charge personality. Friends like her can be lots of fun, and draw tons people to them. But it’s frustrating when they take charge of EVERYTHING and you don’t feel heard! ☹

She probably doesn’t realize she’s overlooking you. That totally doesn’t make it okay. But, she still might need a gentle reminder that she should tone it down a bit in the “bossy” department. She might think you don’t like making decisions or that you don’t have opinions and that she’s being helpful. So, it’s time to SPEAK UP!

Now, I wouldn’t make a big stink over all the past decisions she forced you to agree with. There’s no way to turn back time and undo them (unless you have a time machine). But I do think you can tell her that sometimes you feel like she’s not listening to you, and that you’d like to offer your opinion for once.

As long as you’re not mean about it, she shouldn’t yell at you or stop being your friend. But you DO have to be clear and honest, or she might not take you seriously. She might feel a bit defensive, but that’s why you need to say it nicely. Like, let her know how much her friendship means to you, but that you just want to make sure your opinion matters to her, and you want some input on the activities and stuff you do together!

If she IS so defensive that she stops being your friend…well, then she was a not-so-great friend to begin with! I’m sorry, but it’s TRUE. But if she has a big, pushy personality, she’s probably at least a little aware of it. And hopefully she’ll want to make an effort to keep you as a friend. She just might need gentle reminders from time to time. That’s where YOU come in!

If she’s open to it, maybe you guys could come up with a code word you can use when she’s dominating everything and not listening. Something totally ridiculous you wouldn’t normally say in a conversation, like… “hippopotamus” or “twinkle toes!” And then, when she’s on a roll deciding EVERYTHING, just say, “Twinkle toes!” It’s a code for her to pause and listen to YOUR thoughts and opinions.

So, start by speaking up for yourself! Fingers crossed she hears you out!! 🙂

Hey guys, how do you handle it when a friend doesn’t listen? Do you have any quiet friends who might need you to pay more attention to? Tell us in the comments!