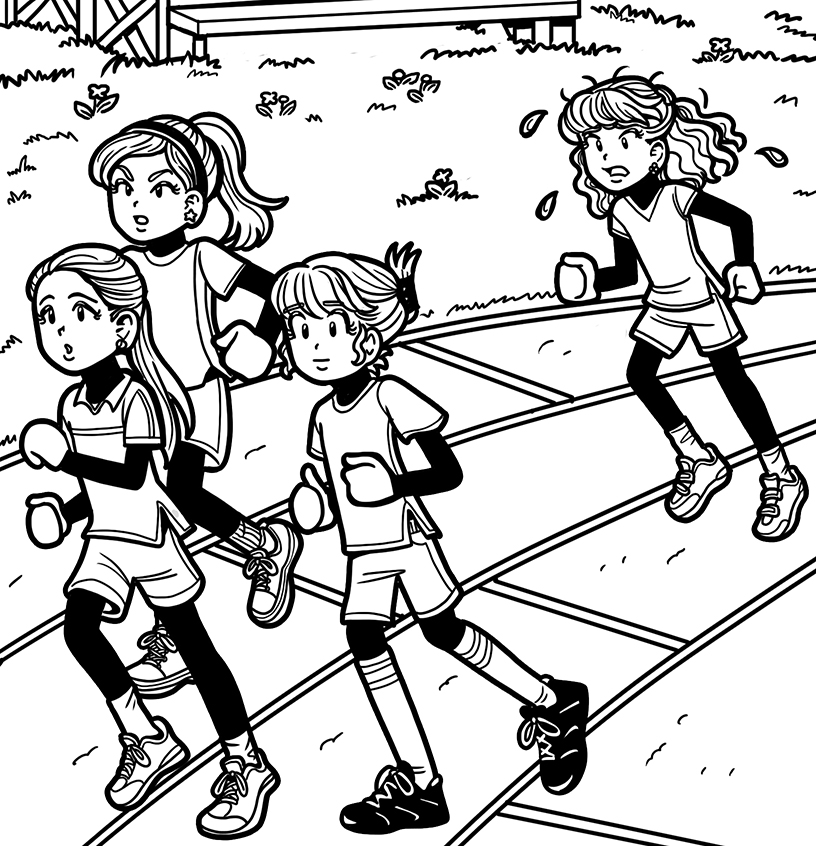 At school we have to do the Presidential Fitness Test. Today, we did sit-ups and tomorrow we will be doing push-ups!!!! I’m pretty sure that I FAILED today’s sit-up test since I did ZERO!  Fortunately, my P.E teacher is letting me retake the test, but I’m kind of embarrassed, considering that I am the only one who did so badly. I know I’ll probably fail the rest of the tests since I’m not that strong and I am REALLY worried!

Hi there, P.E. Blues!! Oh man, those fitness tests are the WORST. I mean, unless you’re one of those super athletic kids who do sit-ups and push-ups just for fun. Which I am NOT!!!

So, it seems like there are two things going on – you’re worried about failing the tests AND you’re embarrassed about (maybe) being the worst in the class.

First of all, about failing the tests – what happens if you do? At my school, the Presidential Fitness Test is a major bummer, because who wants to do a million sit ups, pull ups, and run until they’re sweaty and red in the face? But the scores don’t actually mean anything. Like, the kids who do really well get certificates or whatever, but the kids who do less well don’t get penalized in any way. (Aside from the humiliation.) So, I wonder what you’re worried about.

If your teacher uses the test results as part of your grade, maybe you could talk to your teacher about a way to bring up the grade. Fitness is an ongoing thing. It’s not like you could have studied the week before the tests and then aced them. It could take months and even years to become the sort of person who excels at these tests. So, what your teacher should be looking for is effort and progress. Maybe you can get extra credit for walking laps after school or something similar.

Now, aside from your teacher and your grade, there’s the feeling that everyone is watching you and judging you. I TOTALLY get this feeling. I do. And, I bet a TON of people reading this get it too. But, here’s the thing – when you’re so busy trying to do a sit-up and worrying about yourself, are you thinking about how other people are doing? Probably not. I think these situations are the sort (that happen a lot in middle school) where everyone is really too busy worrying about their own thing to be too focused on what someone else is doing.
So, that’s the first thing. Other kids are most likely not judging you as hard as you think they are.

And even if they are, what can you do about it? Nothing, really. You can only try your hardest and try to improve for the next time. That’s what you’re doing already.

So, if someone actually says something to you about your results, just shrug and tell them sincerely that you did your best and you hope to improve next time. Then, just to show them that even if you’re not super athletic, you ARE super nice, you could congratulate them on how well they did.

Do you guys have to do fitness tests at your school? How do you handle it when you’re not in the top of the class?