AM I ALLOWED TO BE FRIENDS WITH DORKS? 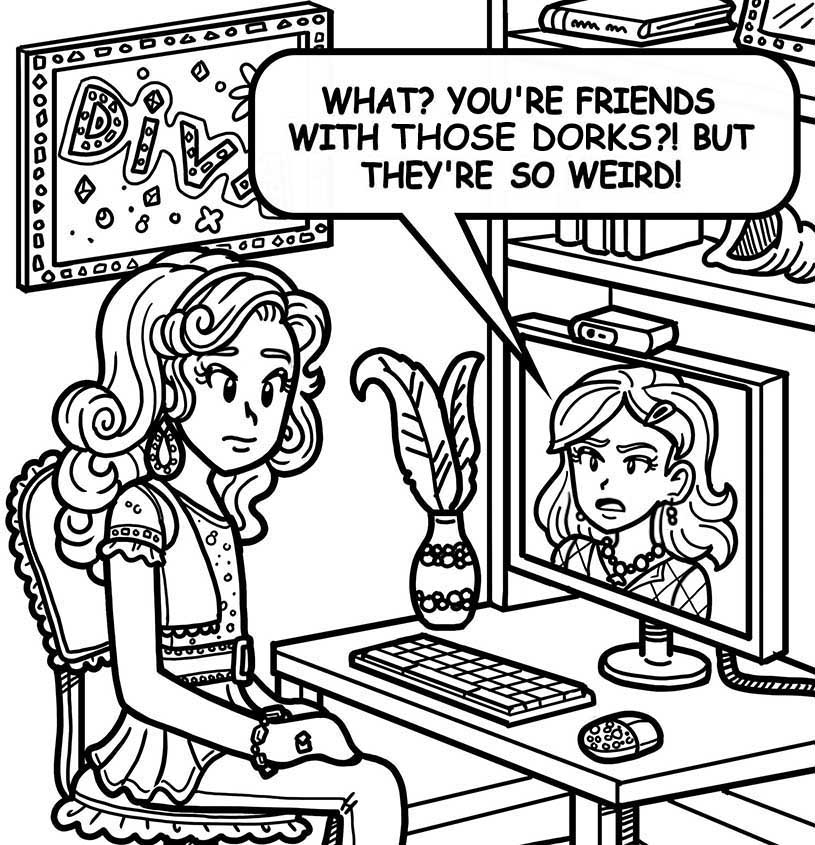 I think you sound AWESOME and I wish there were more CCPs like you!

Because NO, there’s no LAW that says CCPs can’t hang out with whomever they want. Honestly, shouldn’t being a CCP mean you can hang out with anyone regardless of what other people think because you’re CUTE, COOL AND POPULAR?!

It sounds like you can’t, though, because your CCP friends are picking on you. That really stinks

!! But look at it this way: you’re already a CCP. With great power comes great responsibility! Maybe you can use that power for good and continue to be friendly with people who may not be as popular as you are. Maybe other CCPs will see that and realize they shouldn’t pick on you for it, or anybody else for that matter!

When people think you’re weird, it’s probably because they’re insecure, and they make themselves feel better by acting like they’re better than everyone else.

So, when your friends give you a hard time, show them you’re SO SECURE that you don’t have to worry about what other people think! Shrug them off. Tell them these other kids are nice and that it’s okay to be nice back to them. If YOU show how confident you are, your CCP friends will realize THEY’RE the ones being weird!

And remember, there’s nothing wrong with being smart, nice and DORKY

Do you ever hang out with kids who are different from you? How do your friends react? Tell us about it in the comments!