I’M SUCH A FOOL AROUND GIRLS!!! 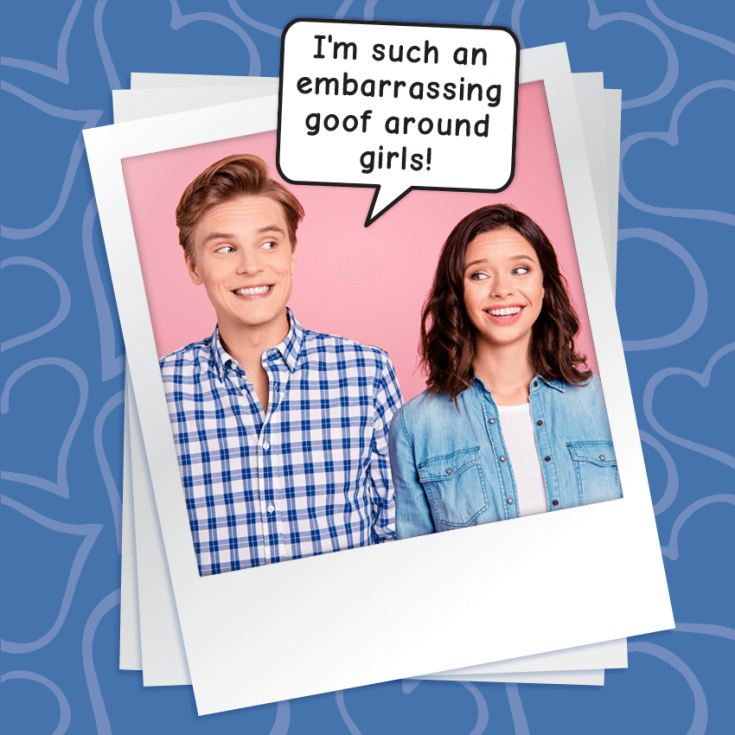 There’s this girl in my class who’s really pretty and nice. I try to talk to her but whenever I try, I act like a fool! I tried to compliment the way she smelled one time and I said she smelled like toilet bowl cleaner! Yeah, I know, I need SERIOUS HELP! How do I talk to such a beautiful girl?!?!?

What’s Up Goofy Around Girls,

I get it, though. I’ve been there. I mean, not there exactly, but saying really dumb stuff when I’m trying to talk to a girl I like. It seems like some guys are so smooth and know exactly what to say. I’m not one of them. And neither are you, my friend. 🙂

But, you know what? I bet those guys who seem so smooth to us probably go home and replay their conversations with crushes and wish they’d said things differently, better or whatever. And I bet they have moments when they say totally dumb stuff, too.

Here are my tips on talking to a crush (and I think these work for girls with guy crushes too):

I hope these ideas help. I think I’m going to review them myself the next time I’m starting a conversation with MY crush!

How do you talk to a crush or someone you really like without turning into a puddle of goo? Share your advice in the comments!