I’M SO JEALOUS BECAUSE MY FRIENDS GOT CAST IN A PLAY AND I DIDN’T!! 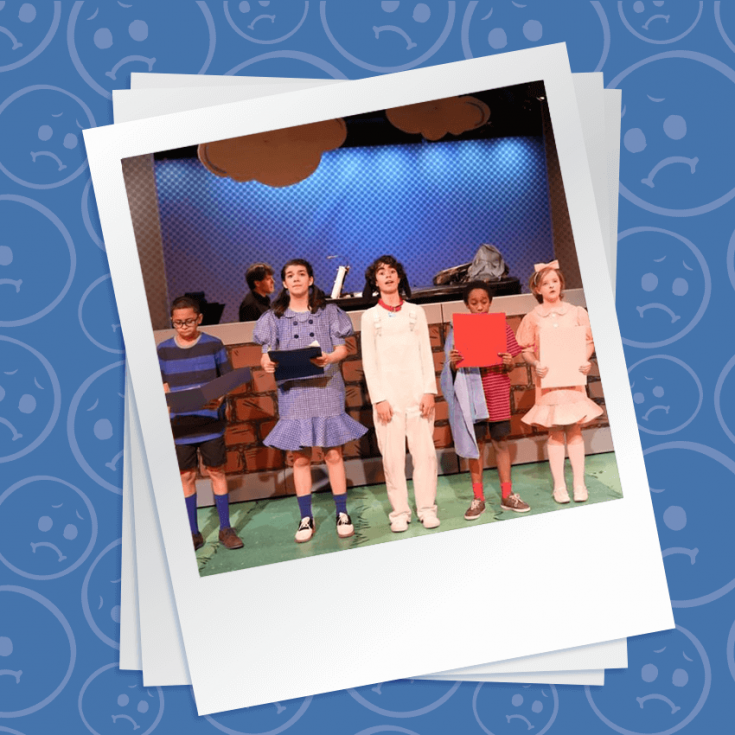 My BFFs and I auditioned for the spring musical together. It’s You’re A Good Man, Charlie Brown. We worked on our auditions together for weeks, and we wanted to be Lucy, Sally, and Snoopy. Then the cast list went up and they got cast as Lucy and Sally, and I got cast as … NOTHING!!! It’s been AWFUL listening to them go on and on about how much fun they’re having in rehearsals, and now they’re expecting me to come see them in the show!!! I mean, I get it and I don’t want to be a bad sport, but…I can’t help being super jealous! I feel like such a bad friend. HELP!!

You are NOT a bad friend. This is totally normal and SO hard.

When we’re little, everyone makes the team and everyone gets cast in the show. Sure, not everyone can play the lead or be the star pitcher, but you can at least be a part of it. However, things change as we get older and some of us don’t get the same opportunities that others do. I guess it’s part of preparing us for life after school, getting into college and getting jobs. But it still stinks!  It would have been hard enough just to not get cast. But to have your two BFFs make the cast when you didn’t…that’s brutal. I’m sure you wanted to be happy for them. But I’m also sure you felt SUPER left out. And your feelings were probably hurt that you weren’t cast.

There are only seven characters in You’re A Good Man, Charlie Brown. That’s a small cast! And no matter how big the cast or the team, there are usually going to be more people than a theater coach or director can use. They have to make tough decisions and cut some deserving people. Not getting chosen for something can mean a couple things:

I bet this whole thing has been tricky for your friends, too. They probably don’t mean to make you feel left out. But when you’re doing something like a play, it takes up SO MUCH of your time that it’s hard to talk about anything else. And I get why they want you to see the show – you’re their BFF, after all.

I do think you should see the show. It might be hard, but they’re your BFFs. You would still want them to come support you if you got picked and they didn’t, right? Plus, if you make an effort to tell the director how much you enjoyed the show, they will notice your good attitude and remember that the next time you audition.

Remind yourself that you did your best and you’ll keep trying (if theater is something you really want to do) and get out there and support your friends. This might be the kind of situation where you have to slap on a smile and act happy even if you’re not (Hey! It’s a chance to practice your acting skills!), but you’ll probably end up having fun.

And when it’s all over, I think you deserve a sleepover where you choose all the foods, movies and activities. 🙂

Hey readers, did your friends ever get to do something that you couldn’t? How did you handle it? Any advice for Exhausting & Exasperating Envy Emergency? Tell us about it in the comments!