HELP! THIS GUY IS CRUSHING ON ME BUT I DON’T LIKE HIM!! 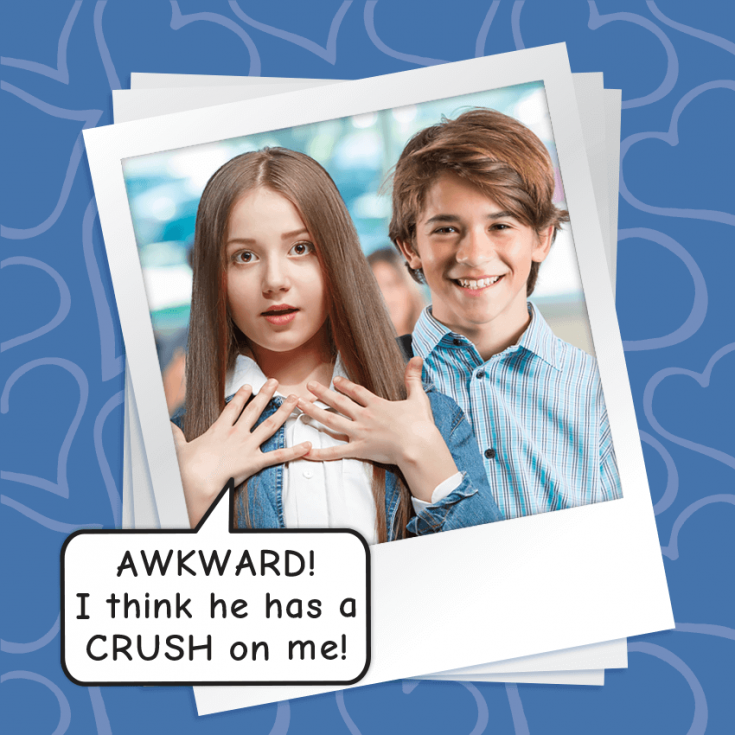 There is a boy in my class that I found out likes me, but I don’t like him. I’m still nice to him since I don’t want to hurt his feelings, but I think it only makes him like me more. What should I do?

I’m Just Not That Into Him

Hey I’m Just Not That Into Him,

When someone likes you and you don’t like them back, it’s tricky. For one thing, it’s flattering to be liked by anybody. Sometimes it’s tempting to start crushing on someone who’s crushing on you, even if you didn’t have a crush on him before. You’re flattered by the attention and this person obviously has great taste, if they like YOU! 🙂

But if you don’t genuinely like the person for lots of other reasons, then should you really be crushing on him?

It sounds like you’re being honest with yourself about not actually liking this guy. But, you have been nice to him. That’s great! So often the response when you DON’T like someone is to treat them like garbage, just to make extra clear to them (and to everyone else) that you DON’T like them. That’s not cool, but it happens. I’m sure you’ve seen it, even if you haven’t done it.

You said maybe your niceness has encouraged him? Or maybe you’re worried he likes you because you were nice to him? Well, I mean, if he likes you because you’re nice…that’s sort of the way crushes work. Most people—thoughtful people, anyway—DO like people because they’re nice. There are probably other reasons, too. Maybe he notices that you’re smart, or good at a sport or you’re artistic, or he thinks you’re cute. But mostly, he probably thinks you’re nice.

That doesn’t mean you should be mean, though. Think about it this way. What if there’s a guy you DO like in your class, and he’s starting to like you because he also notices you’re nice? But THEN he sees you being mean to this other guy. What’s going to happen then? If he likes you even though you’re mean…then he’s not a great guy. But probably, seeing you be mean to this poor guy who likes you is going to make the other guy NOT like you.

But the MAIN reason not to be mean is…not to be mean! Like, you don’t want to be a mean person. You’re obviously thoughtful or you wouldn’t have written in about how to handle this question.

So, here’s what you should do: just continue being friendly and respectful to him. That’s it.

The thing is, he wants you to like him, just like YOU would want your crush to like YOU. But what he DOESN’T want is “pity-like,” which is when you like somebody because you feel sorry for them, not because you really like them. So while he might be hurt that you don’t return the feelings, I’m pretty sure he’d rather you respect him enough to be honest. This DOESN’T mean you have to go out of your way to tell him you don’t like him. You just shouldn’t act like you do if it’s not true.

And if he asks? You can tell him kindly that you want to be friends, but you don’t like him in that way. He’ll get over it. And I bet when he does, he’ll be grateful for your friendship.

Hey readers, how do you guys handle it when someone likes you and you don’t like them back?