HELP! I Still Love Stuff That My Friends Say Is For Little Kids! 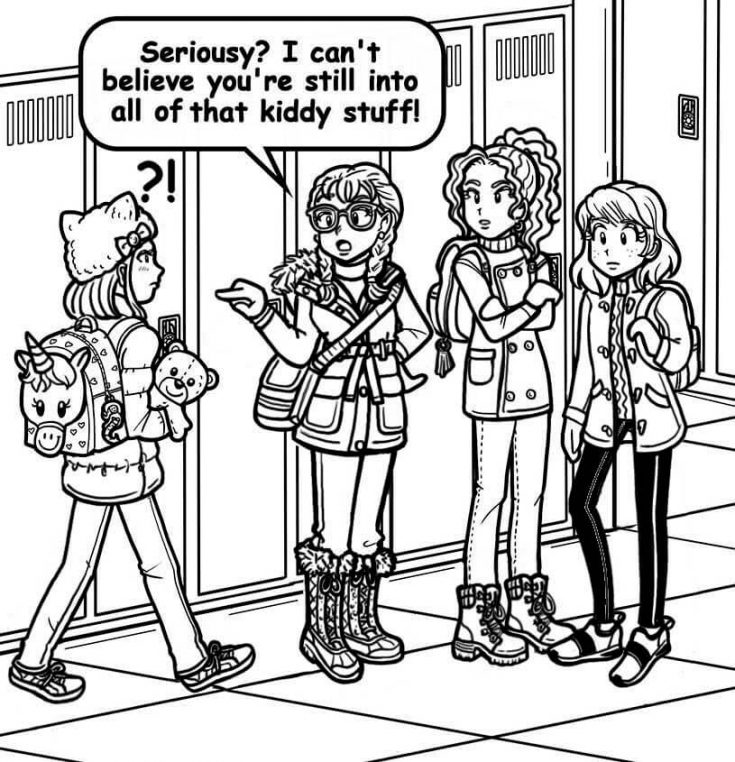 I’m a fifth grader who LOVES anything cutsey or childish. I watch all the cute shows for little kids, I love to play with dolls and stuffed animals, and I can’t last a DAY without browsing websites for unicorn, mermaid, and fairy accessories or toys. I also think Princess Suger Plum is AWESOME! But, my BFFs are really cool and don’t like the things I like. I’m afraid they’ll think I’m a childish baby if they find out what I’m into! But I don’t like feeling like I’m hiding a part of myself from my BFFs! What do I do?

I was at the mall with my mom last weekend and saw all three of these things:

It seems like when we’re little, we’re allowed to like whatever we like. And when we’re older, we’re allowed to like whatever we like. (Maybe it’s even cool for teens and young adults to like things from when they were little.) But right now we are in this terrible in-between stage where we’re supposed to like very age-specific things and we’re “immature” if we still like stuff that’s so “third grade” or whatever.

I mean, there’s an argument to be made that if you’re into “babyish” things, you’re really as trendy and mature as a college student! 🙂

The point is you shouldn’t HAVE to be trendy. Your maturity shouldn’t be determined by what colors, shows, or characters you like.

And look, you’re talking about your BFFs. Not some random kids at school who might tease you. (Though we’ll get to that possibility.) You should be honest with your BFFs! And they’re probably also into some things that not everyone is into. You don’t need to make a big confession, like this is a huge deal, because it’s not. But I think you should always let your inner dork shine through! Maybe that means wearing the sparkly unicorn t-shirt! Or squeeing over an adorable stuffed animal in a store. Or asking if they’ve ever seen whatever show you’re into.

If they tease you at all, shrug them off. You might not feel this way, but ACT like you have no idea why they would think it was weird for you to like these things. And this goes for anyone who makes fun of you, BFF or not. If you can confidently pull it off and say, “Whatever, sparkly unicorns are the best,” it will leave them wondering if they missed a trend. Or wishing they had your self-confidence!

Each of us is crazy about different things. I respect your right to love whatever you want, EVEN if it’s Princess Sugar Plum! 🙂

Are you into something you’re worried is childish? Do you feel pressure to be into “more mature” things? Tell us in the comments!