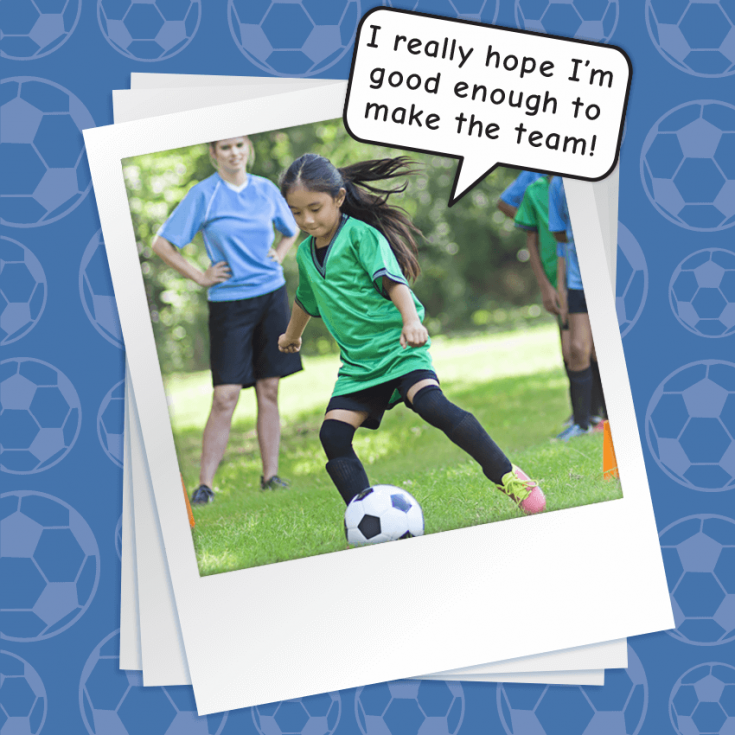 This year I’m trying out for a new team sport, and so far I like it. The problem is that I’ve never played before so almost all the girls are better then me. Tryouts are in January and I feel like I won’t make the team. What should I do?

First of all, congrats on trying something new! Lots of people sit on the sidelines because they’re afraid, but you’re putting yourself out there and going for it. That’s amazing!

And even if you’re not? That’s okay. Look, this sounds like such a parent thing to say, but I think it’s true whenever you’re trying out for something, like a sports team, a play or whatever. Don’t hold back out of fear you might not be good enough. Lay it all out there and do your absolute best.

Sometimes, they have to pick the people with the most skill. But sometimes—and maybe even a lot of times—coaches are looking for potential, hard work, and a good attitude. If they see all that in you, there’s a good chance they could pick you over someone with more skills and experience but a terrible attitude.

Whether or not you make the team depends on a lot of things, and your skill level is only one of them. But the worst that can happen is you don’t make it. If you really loved the process, you could keep working on your skills and try out again next year. Coaches will notice a willingness to keep trying, and they’ll especially notice if your skills improve.

Hey, maybe you’ve gotten to know some of the other girls throughout the process, and that’s cool too. As hard as it is, we’re going to have to try new things that may be difficult over and over again in life, so you’re getting good practice.

Wishing you tons of luck. We’re all cheering for you!

What was the last really hard thing you tried to do? Did you succeed? If not, what did you learn? Tell us in the comments.