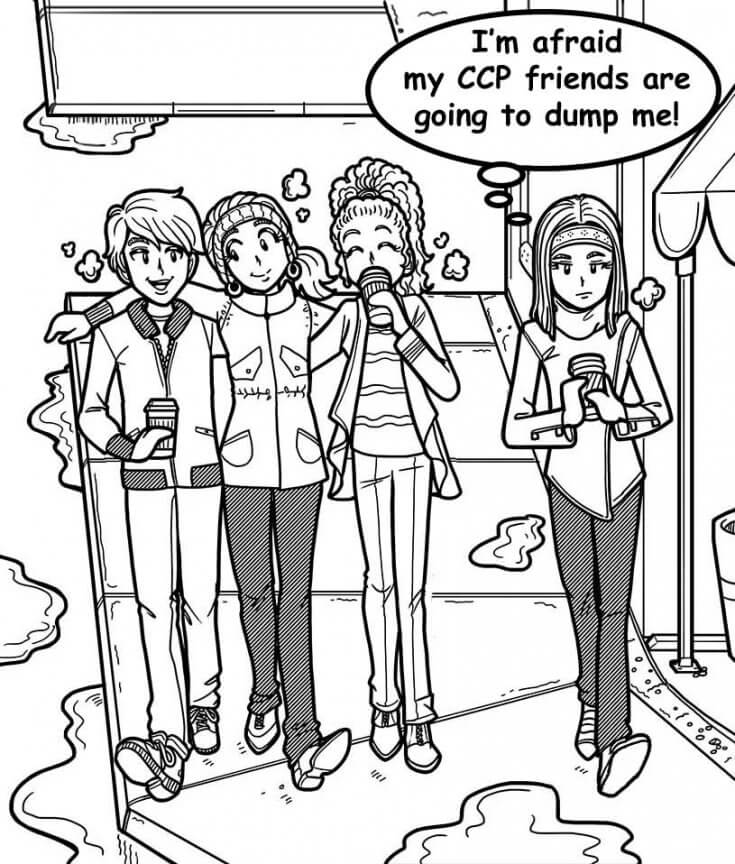 I hang out with these eight friends and we’re known as the ”popular group”. They’re really cool, but sometimes they’re not very nice. They vote people in and out of the group, and then ignore those that get voted out. I don’t like it, but I really like them, and I just don’t know what to do. Plus, I’m not always myself around them and feel like if I make any mistakes, they’ll vote me out of the group too! HELP!!

Tales From A Not-So-Happy CCP

Hi Tales From A Not-So-Happy CCP,

Okay, so I’m super curious about something. You say you really like them, but…you’re not always yourself around them. And they do things you think aren’t right. So, I’m sort of wondering WHY you like them? Do you like THEM? Or, do you just like being in a group of popular kids?

It’s not wrong to admit you like being popular. I’m just trying to get a feel for where you’re at.

And, maybe you really DO like them! Because people are complex! Sometimes they do things you like, and sometimes they don’t. People aren’t ALL good or bad. They’re a mix of everything, like a gumball machine filled with different colors.

And if they DON’T let you be yourself…then that’s so not cool. You deserve friends who really accept you for who you are. Just sayin’!

It really stinks that they’d drop you if you make any false moves. But here’s what I’m thinking: There are eight of you, right? So, I’m guessing there’s at least ONE other person who feels just like you. Do you know anyone else who might be worried about getting kicked out of the group? If you do, then that’ll make it easier to speak up the next time your group wants to vote somebody out. Just say, “You guys, that’s not cool. Maybe we shouldn’t vote people out.” And if others in the group don’t like your idea, just shrug and say, “Okay, I don’t want to be a part of the group anymore. I’ll see you guys later.”

I’m not saying ignore them from now on like they do other people. Just walk away for a moment, then see if they’re sorry for what they did. And again, this is easier if you’re not the only one who thinks that something’s wrong. Hopefully they’ll stop voting people out after that!

But, you’ve also gotta be prepared for if they don’t accept you back into the group after you speak up.  If that happens, they’re SO not worth being friends with because it’s just WRONG to exclude other people like that. Believe me, it would be better to start your own group of awesome friends that don’t vote people in and out than to be in a group that does!

If you really don’t want to leave the group, then maybe you could distract them from voting people out and change the subject to something else. Something more fun and positive!

Okay, back to the question I asked you before. Do you like THEM, or do you just like being popular? And if you like being popular but don’t genuinely like them…I think it’s time to develop some friendships with people you really enjoy, respect and feel comfortable with.

Remember, a true friend loves you for who you are, not who you pretend to be!

How do you handle it when your friends aren’t being so nice to you or other people? Tell us in the comments!