DO PEOPLE ONLY LIKE ME NOW THAT I’M PRETTY? 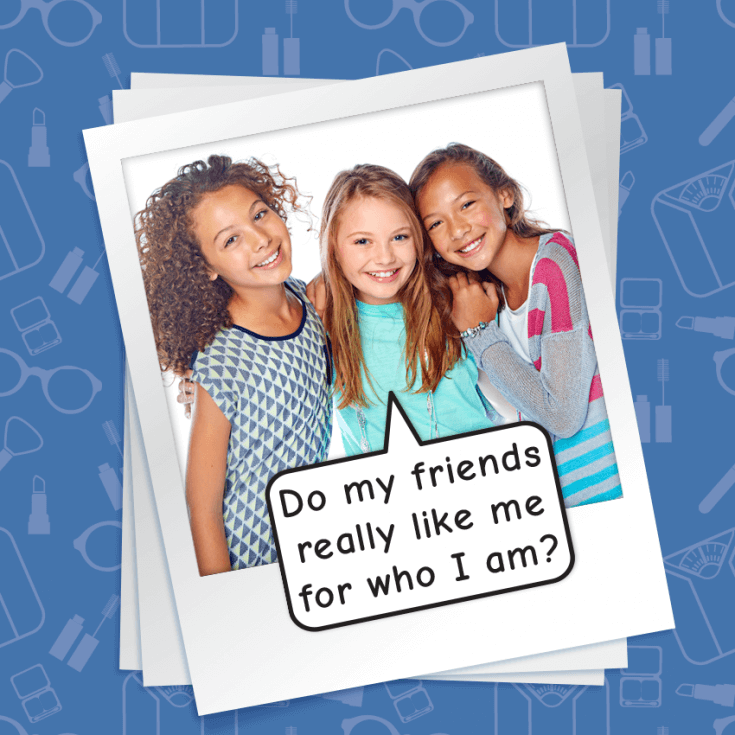 Hey Brandon,
This past year, I’ve changed a lot. I used to wear glasses, but now I don’t. I’m wearing makeup, and I’ve lost weight. Before, nobody would ever notice me. But now, I’m popular. And all of a sudden, my crush actually wants to hang out with me! That’s great, but it disappoints me that all of this is only happening because of my looks. Should I go back to the old me?

Wow, this is tough. I mean, I think the first thing to keep in mind is that you are the same you, no matter how you look. Like, you didn’t become a different person inside when your appearance changed, right? So there’s no “going back to the old you.”

But this is a tough situation. Because I bet it feels nice to be popular, get noticed and have your crush want to hang out with you. But…then you wonder if people like you for who you really are, or if it’s just about how you look.

I don’t think you should assume people only like you because of your looks. I think it’s fair to say that people have noticed you because of your new appearance, and now that they’ve noticed you, they realize how cool you are. They SHOULD have realized that before, 100%. But it’s kind of the way things are? And until they change…I kind of think there’s no reason you should be lonely and unnoticed because society has strange standards of beauty.

BUT, you don’t want to have shallow friendships, either.

On the other hand, if you changed your appearance so people would notice you, and now it feels icky, definitely go back to however you’re most comfortable. For example, if makeup isn’t really your thing, stop wearing it and go natural. Or, if you like wearing glasses, just wear them. But, if you’re more comfortable with the makeup on and glasses off, don’t be ashamed of it. Own it!

You just might need to be careful with new friendships and only put your energy into friends who clearly enjoy you for who you are, and not for your appearance.

And because you know what it’s like to be ignored because of how you look, you might go out of your way to notice and be nice to everyone. And when people see you being friendly, maybe they’ll be friendly too.

So yeah, I think you should keep your appearance however YOU feel most comfortable, and don’t ASSUME people only like you because of your appearance. Just make sure you’re making REAL friends. And use your powers for good! 🙂

Have you ever been treated differently because of a change in your appearance? How did you handle it? Tell us in the comments!