I FEEL SO LEFT OUT WITHOUT A PHONE! 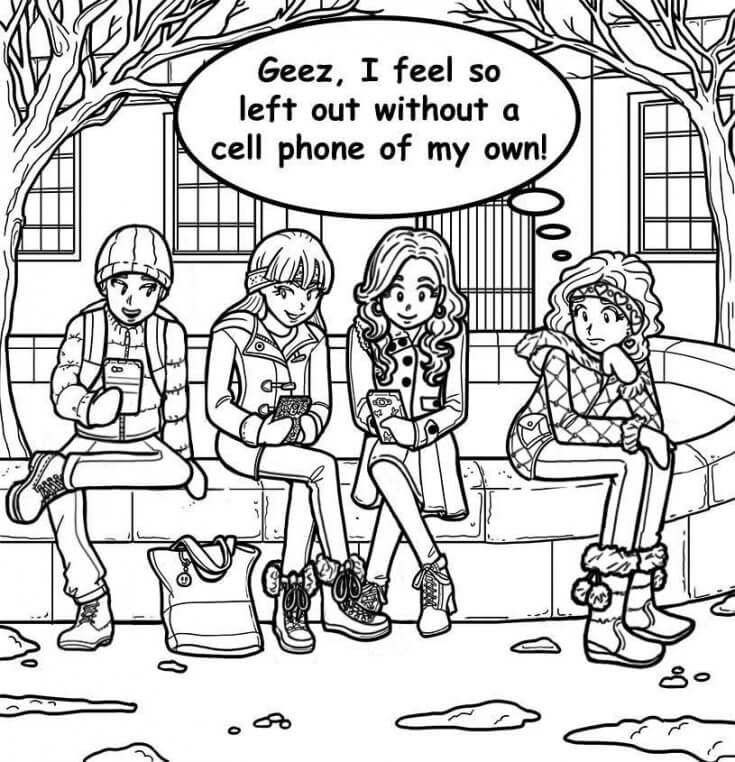 Hey Nikki. Everyone in my class has a phone now and I’m the only one who doesn’t. I feel really left out when everyone is exchanging phone numbers. I miss out on conversations, and sometimes I even miss out on invites since I don’t have a phone! I’m really bummed about this, but I also know my parents can’t afford to buy me one. What do I do, Nikki?!

Okay. If you’ve read my diaries, then you know that I have BEEN THERE. It is SOOOO hard to feel like you are the ONLY person without a phone! And I totally hear what you’re saying about feeling like you’re missing out on conversations and invitations. Ugh, it’s the WORST feeling ever!

But, it also sounds like you understand that your parents just can’t afford to get you your own phone. Some kids don’t think about that, or they think it’s just about the cost of the actual phone. But there’s monthly service you have to pay for, too, which makes it really costly to have a phone. And extra charges if you go over your plan’s limits, too. Your parents have probably explained that to you, but I’m just explaining it here in case anyone else doesn’t know.

So yeah, not having a phone can be a TOTAL bummer. But there might be some things you could do to help yourself stay in touch with your friends!

If you have access to a computer or tablet, you could ask your friends to switch over to using something like Google Hangouts, which you can use without a phone (but they can use WITH their phones).

If you don’t have access to a computer or tablet, OR your friends aren’t able/willing to try that idea, then maybe you could put your BFF in charge of reporting to you whenever there’s important news or invites. She could keep you updated whenever you both hang out. She could also just call you on your home phone or parent’s phone.

I know that these may not be the best ideas. But, unless you find a stash of hidden treasure somewhere to pay for that cell phone, you might have to try whatever you can!  And, who knows? Maybe things’ll change and your parents will eventually be able to afford one!

So, remember it’s temporary. You will eventually have a phone if it’s what you really want. Maybe you could start saving now to help with the costs. Maybe you could earn/save enough money to split the costs, or even pay for the whole thing yourself! If your parents see how hard you’re working, maybe they’d be willing to (eventually!) work something out with you. But don’t bug them about it – just work on saving your money and show them it’s important to you.

Even though it feels like you’re the ONLY one at school who doesn’t have a phone, I’m sure that’s not true. It’s possible you’re the only one in your friend group. But there are definitely other kids who don’t have phones, either because their parents can’t afford it or they won’t allow it for another reason.

So, if you can relate to this, tell us in the comments what it feels like not to have a phone. Have you come up with ways to stay informed and not feel left out? Please share!