I’M AFRAID OF LOSING MY BFF! 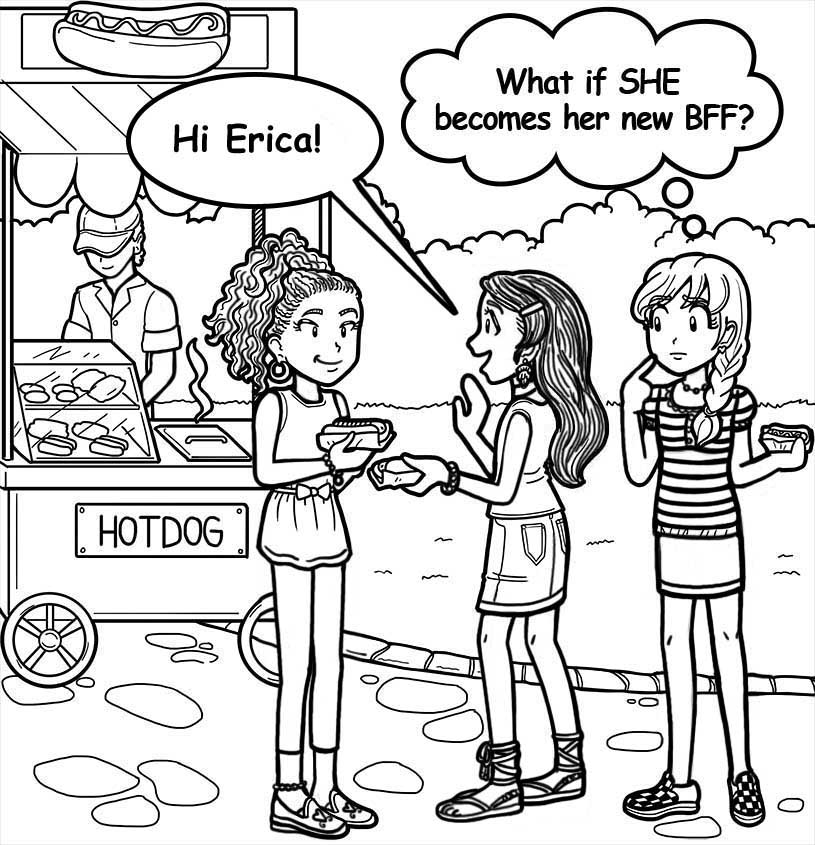 My friend and I have been besties since like, FOREVER.  So whenever someone else wants to be friends with her, I get really upset because I’m afraid she’ll start liking that person better than me, and we won’t be besties anymore!  What should I do?

I’m so glad that you have someone you can call your bestie!

I know that before I met Chloe and Zoey, I was an absolute mess.

And when I say mess, I mean MESS!!

But those two were willing to help me and accept me for who I was. And I was more than happy to do the same for them!

So, I know that it must be hard to share your friend, especially since she was YOUR BFF FIRST. You may feel betrayed, lonely, or jealous.

And it’s understandable to feel that way, but there’s no reason to act on those feelings! Trust me on that!!

Imagine if I got upset when Chloe and Zoey started liking other people as friends. That would not only be very controlling for me, but it would also make me seem like a terrible person. I know that if they’re friends with other people, it’s for a good reason!

I also look at it this way—if Chloe and Zoey didn’t befriend other people, I wouldn’t really get to know others besides Chloe and Zoe. Even though we’re besties, I’ve expanded my friendship circle A LOT because they have other friends.

So, just because your bestie is friends with other people doesn’t necessarily mean that you both won’t be besties anymore.

My advice is to let her be friends with whomever she wants. Having multiple friends is a great thing and nothing to be worried about.

And, just because she becomes best friends with someone new doesn’t mean you can’t still be her best friend anymore.

Who knows, maybe all three of you will become besties (just like me, Chloe and Zoey)!

I’m pretty sure that if your bestie likes other people, it’s because they have a lot in common. And because she’s already best friends with you, there’s a pretty good chance that you will also like whoever it is.

I also know that it’s still kinda hard to share. But just remember that sharing is caring! 🙂

Your BFF should be allowed to make her own decisions. Besides, it doesn’t seem like she’s making new friends to get rid of you. It just seems like she enjoys getting to know other people.

Just let her know how you feel. You don’t have to outright say, “I’m your BEST friend! Nobody else before me!!” But, tell her how much you appreciate being her best friend, and keep on doing the stuff that you enjoy together. Like, go and watch your favorite movie or bake something tasty. That way, the time you spend hanging out will reaffirm the awesome friendship that you have.

And, maybe the other friend she has will also like that same movie, and that same tasty snack. Next thing you know, YOU’LL have another bestie!! 🙂

What would you do if your best friend began hanging out with other people? Would you feel insecure, or look at it as an opportunity to make even more friends?