MY BFF HATES MY CRUSH! 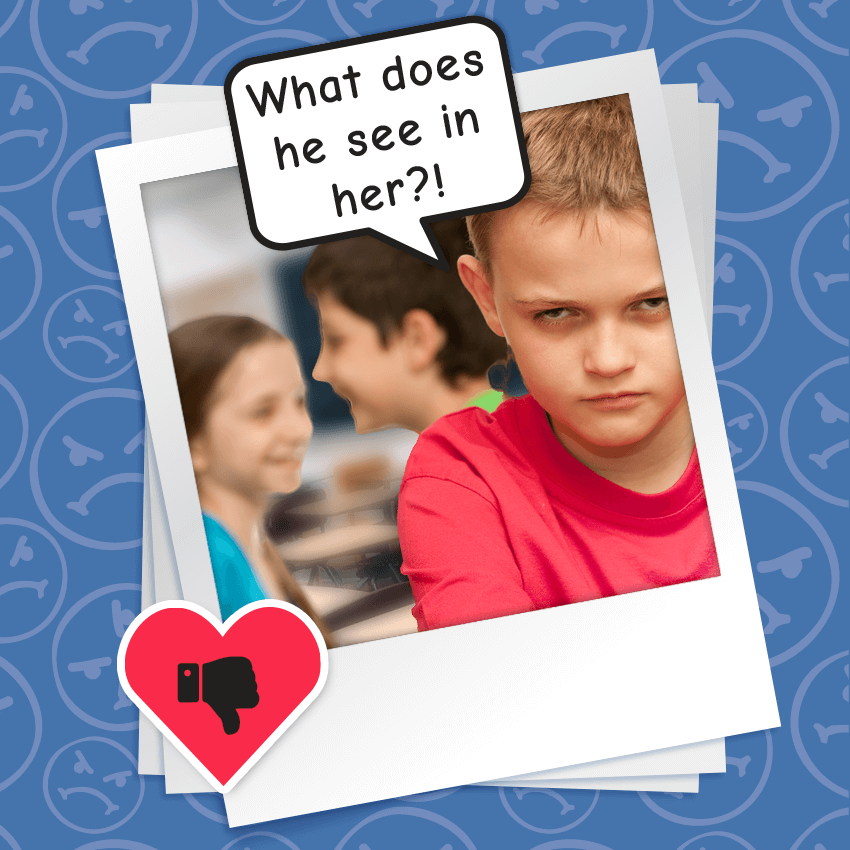 Hey Brandon,
I have a serious problem. I have a crush on this girl because she’s nice, cool and cute. But, my best bud absolutely hates her because he doesn’t like her hair. I think his reason for disliking her is so stupid that it’s gotten in the way of our friendship! How can I tell him what I think without him getting angry or ending our friendship?

Okay. First of all, what’s up with your best bud hating someone based on her hair? That’s the most ridiculous thing I’ve ever heard! I mean, sorry. I try not to be judgmental in this column—and I’m not judging you for being upset about it—but, I just really can’t think of any more ridiculous reason to hate someone.  It’s so uncool that it makes me wonder if it’s even true. Not that I think you’re lying. But, I wonder if he said that for some other reason. Like, maybe he actually likes her himself. Or maybe he really dislikes her, but it’s for another reason that he’s embarrassed about. Maybe she beat him in a game of one-on-one basketball or called him Sponge Bob in kindergarten. I don’t know. I’m just trying to come up with possibilities besides hair.

The think is, if your best bud genuinely hates someone based on her hair, I think you need a new best bud. Or at the very LEAST, you need to have a serious talk with him about judging people based on anything to do with their appearance, whether it’s their hair, skin, weight, or height. That’s just not cool. Not cool AT ALL.

The other thing that makes me wonder about your best bud is that you think he’d get angry or fall out with you because you have a crush on someone he doesn’t like. Who you like has nothing to do with him, so I just don’t get it. How does that even make sense? Why should he be angry about who you have a crush on? Does he regularly get angry over things that shouldn’t bother him?

In all honesty, a friend who would end your friendship because you like someone he dislikes isn’t a very good friend.

As for how to tell him, I guess there are two approaches. On the one hand, you could go for total honesty. Say, “Look, dude. I know you’ve got a thing about Mia (or whoever) and you don’t like her. But, I just wanted you to know I really do. We don’t all have to hang out or anything, but I’m just asking you please don’t freak out because she’s my crush.”

On the other hand, you don’t have to tell him anything. You don’t need his permission to like someone, or even to hang out with them. If he asks if you like her, then you say, “Yeah. She’s got a great personality/makes me laugh/is kind/is smart/is cute/whatever.”

What’s he going to say to that? “But, I don’t like her hair?!” If he says that, then I’d suggest you laugh because he must be joking.

How do the rest of you deal with a best friend who doesn’t like your crush for a stupid reason?